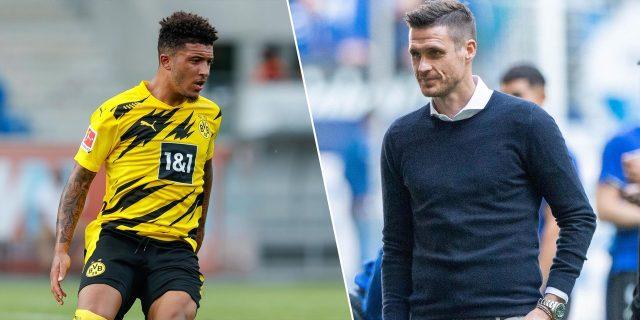 Jadon Sancho’s future at Borussia Dortmund has been the centre of attention for the entirety of the 2020 summer transfer window. BVB’s stance has remained the same throughout the summer; if a club can meet the asking price of £108m, then Dortmund will let him go.

Given how Manchester United have failed to meet the said asking price, the transfer seems near impossible. Sebastian Kehl, BVB’s head of first-team football, in an interview with Ruhr Nachrichten, confirmed that Sancho will not leave this season.

“He is here – and he will stay here. It was an important statement from the club because we have a certain responsibility. Without Jadon, this team is worse.”

Through Kehl’s statement, it can be inferred that the club has acknowledged Sancho’s desire to return to England soon. However, as Manchester United have failed to reach an agreement with BVB over the transfer fee, the deal will not take place in the summer transfer window of 2020/21.

Sancho is key to Dortmund’s title charge for the 2020/21 season and his impressive performance against Borussia Monchengladbach on the opening day is an indication of his focus on football for BVB.