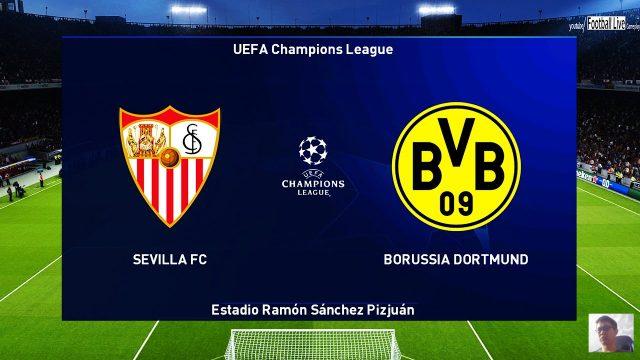 A return to UEFA Champions League action means a resumption of European duties for Borussia Dortmund.

The German side are expected to face Sevilla in the round of the 16 of the Champions League on Wednesday.

Sevilla progressed to this stage of the competition at the expense of Stade Rennais and Krasnodar but finished second only to Chelsea.

Dortmund also saw out competition from Zenit St Petersburg and Club Brugge to qualify alongside Lazio from their group.

In their previous meeting in the European competition, Sevilla won at the Ramon Sanchez Pizjuan Stadium by a goal to nil before drawing 2-2 at the Signal Iduna Park.

It will be interesting to see how both teams play against each other on Wednesday considering the change in managers that both have had since their last meeting in 2010.

Sevilla occupy the fourth position on the La Liga league table and beat Huesca by a goal to nil in their last game while the Black and Yellows came from behind to secure a point against Hoffenheim.

For Julen Lopetegui, Lucas Ocampos and Marcos Acuna are ruled out of the game through injuries with Jesus Navas expected to be ready for the encounter in midweek.

For Borussia Dortmund, Roman Burki, Marcel Schmelzer, Dan-Axel Zagadou and Axel Witsel are among the notable absentees. Thorgan Hazard and Thomas Meunier should also be fit for at least the bench on Wednesday.

While Sevilla has not conceded too many goals in the league of late, Dortmund has not had problems with goalscoring. Hence, it could be an open game with a lot of goals.