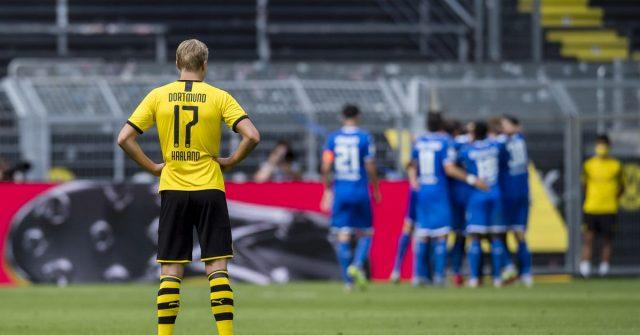 This has caused a flurry of change in jersey numbers for existing players in the squad. The players that have changed their squad numbers are Erling Haaland, Thorgan Hazard, Mateu Morey, Dan-Axel Zagadou, and Emre Can.

The Norwegian striker has changed his number from 17 to 9. Haaland plays as the lead striker, so it is only right for him to get the number nine shirt. Dortmund’s previous number 9 was Paco Alcácer, who left the club at the end of January. Haaland, on the other hand, signed for Dortmund at the beginning of January and that’s why the change in squad number is so late.

Mario Gotze’s contract at Borussia Dortmund has expired and is a free agent. Hence, the prestigious number 10 shirt was left unoccupied. Thorgan Hazard seized this opportunity with two hands and has shifted from number 23 to 10. Hazard wore the number 10 shirt for his last 3 seasons at Borussia Monchengladbach.

Hazard’s new squad number has had a catapult effect on Emre Can’s new shirt number. The German midfielder signed from Juventus in January and chose number 27, as the number 23 was already taken. Can has worn adorned the number 23 shirt in his last 6 professional football seasons, for Juventus and Liverpool, respectively. So the minute Hazard switched from number 23, Can took up the empty slot.

The 21-year-old has had an impressive season for Borussia Dortmund, appearing 15 times in the Bundesliga. He is a bright young prospect and is likely to feature as a central defender for years to come at Dortmund. He initially adorned the number 2 jersey, but now that Achraf Hakimi has left the club, Zagadou has taken up the number 5, a number traditionally worn by central defenders.

Perhaps the most standout change in squad numbers, Mateu Morey has switched from number 22 to number 2. Morey recently made his first start for the club and looked bright. He is likely to start at the right-wingback spot for Borussia Dortmund for the coming seasons. So the switch to a number 2 shirt, although expected, is a clear sign of the player’s ambition at the club.