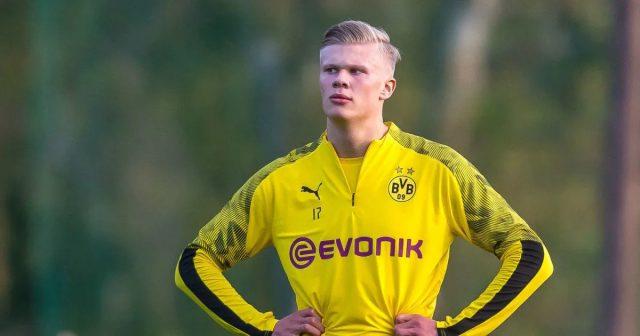 Ex-Liverpool legend, Steve Nicol recently said that Erling Haaland of Borussia Dortmund might look to move to Liverpool if they are the top team in Europe. Nicol’s comments came as quite a shock, as the young Norwegian striker has only just moved to Borussia Dortmund.

He said, “Whoever it is, that’s the move for him because what he has shown us up until now is, he looks like the real deal. Hopefully, it is Liverpool in four or five years, I don’t know if they can sustain what they are doing now. He will go to the very top team.”

Borussia Dortmund’s reputation of being a selling club has often been the sole reason for transfer speculation that never seems to leave them. Haaland has had a brilliant start to his season, with 10 goals to his name already.

If Dortmund are to continue their battle for the Bundesliga and the Champions League for many seasons to come, it is important that they don’t let go of their generational talent. Haaland returned to his fine form on Saturday, with a goal and an assist against Schalke in the Revierderby.

Players like Haaland are bound to interest the biggest clubs around Europe, and the only way Dortmund can reject such interest if they become one of Europe’s top dogs. This would be similar to what Liverpool have gone through over the past few years, with top talents like Mohamed Salah and Sadio Mane staying at the club, irrespective of interest from clubs like Real Madrid and Juventus.

Haaland will now be focused on the current season as he aims to help his club achieve their first Bundesliga title in over 7 years. He should be used to speculation around his future, considering Manchester United’s interest before he moved to Dortmund.