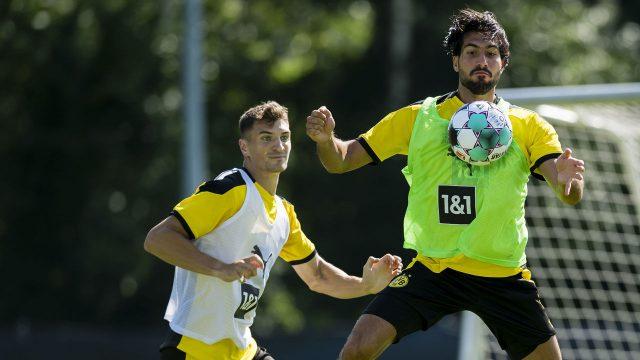 Thomas Meunier and Emre Can have been ruled out for the UEFA Champions League clash against Lazio later tonight. The Belgian International has a suspected torn muscle fibre in the calf, while Emre Can sustained a bruised ankle in the game against FC Cologne.

Both players missed the club’s final training sessions for the crucial tie in the UCL. Manager, Lucien Favre, confirmed that Thomas Meunier is “definitely not” available for the game.

The alternatives to Meunier and Can are fairly straight-forward. In the case of Meunier, either Mateu Morey or Lukasz Piszczek will step up for him in the right-back position. Whereas Thomas Delaney is likely to replace Emre Can at central midfield, with Jude Bellingham as the other likely choice.

Raphael Guerreiro is also a doubt for the game against Lazio, owing to a thigh strain which forced him to train individually. If he is ruled out for the game, then either Felix Passlack or Thorgan Hazard are likely to come in for him.