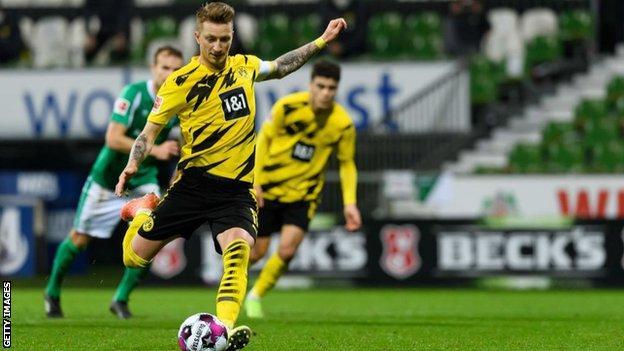 After an impressive 2-1 home win against Werder Bremen, Edin Terzic will get his first taste of managing his side away from home at Union Berlin’s home ground.

In his first game, Terzic changed the club’s formation to a 4-2-3-1, with Hummels and Akanji as centre-backs. The same is expected tonight, with the only probable changes to the starting lineup coming in midfield.

Borussia Dortmund: Dortmund are expected to have Thomas Meunier as well as Thomas Delaney back for the visit to Berlin. Although neither will start, it is still a much-welcomed boost to Terzic’s squad, that has been depleted by injuries sufficiently.

However, just as 2 players return to the squad, 2 others make their way out. Reiner Jesus and Felix Passlack both did not travel to Berlin according to Ruhr Nachrichten.

Thorgan Hazard, Erling Haaland, and Marcel Schmelzer are all ruled out for the game.

Union Berlin: Urs Fischer’s side hasn’t been spared from the wrath of injuries either, with quite a few key players likely to miss the game.

Further, midfielder, Robert Andrich, will not be available as he serves the last game of his three-match suspension. However, centre-back, Florian Hubner, is available for selection, after making a comeback.

In last season’s clashes between the two sides, each side won their home game. The first being Union Berlin’s share of the spoils when a double from Marius Butler helped them beat BVB 3-1.

In the return fixture at the Signal Iduna Park, Dortmund came back with a feisty response. The scoreline was an impressive 5-0 win for BVB, but what was more impressive was that there were four different goalscorers, i.e., Jadon Sancho, Erling Haaland (2), Marco Reus, Axel Witsel.