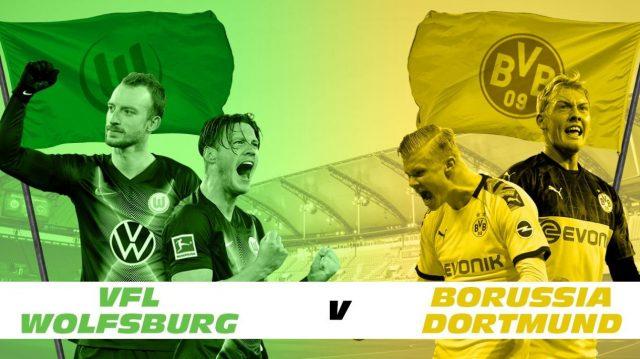 Borussia Dortmund are up against a top-four rival over the weekend in the Bundesliga. The Black and Yellow lads will play away from home to Wolfsburg who occupy the third spot on the league table.

Wolfsburg are five points above Dortmund and a win on Saturday could see them stretch that lead to eight points.

Dortmund are currently on a three-game winning streak in the Bundesliga and will need to dwell on that momentum if they are to come away with the maximum points.

Oliver Glasner is also expected to keep his side going as a loss could see them potentially drop to the fourth position depending on the results of the Eintracht Frankfurt game.

Glasner has all but Renato Steffen at his disposal for selection while Kevin Mbabu is also doubtful for Saturday’s encounter.

For Edin Terzic, Jadon Sancho was involved in midweek’s win and could be handed a start against tough opposition like Wolfsburg. Mats Hummels is suspended for the game while Axel Witsel and Youssoufa Moukoko remain on the long-term absentees’ list.