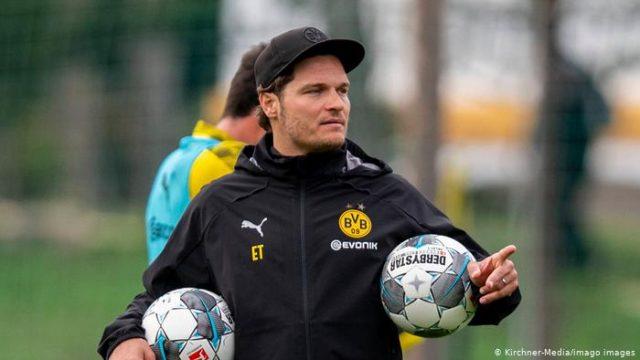 Edin Terzić will have his first taste of managing Borussia Dortmund tonight when the Black and Yellows travel to SC Werder Bremen.

It will be interesting to see how the attack-minded German lines his men up for his first game in charge as interim manager.

Borussia Dortmund: The trio of Manuel Akanji, Raphael Guerreiro, and Mateu Morey returned to the starting XI in Borussia Dortmund’s awful showing against VfB Stuttgart. Apart from them, no one is expected to return in time for tonight’s game.

Thomas Delaney is unlikely to be available owing to a back injury. While Erling Haaland, Marcel Schmelzer, and Thorgan Hazard are all ruled out.

Werder Bremen: Bremen’s manager, Florian Kohfeldt, confirmed that the team which travelled to Leipzig on Saturday has come out of the game unaffected. However, star-striker, Davie Selke will miss out on a return to action owing to a scan on his thigh which returned negative observations.

In addition to Selke, Milot Rashica and Niclas Fullkrug will not be available for selection.

Dortmund’s last 5 games in the league haven’t gone to plan, with 3 losses, a draw, and the solitary 5-2 thumping victory over Hertha Berlin.

Werder Bremen: Werder Bremen’s start to the season was incredible, winning 3 out of the first 4 games in the Bundesliga. However, it has only gone downhill from there. The home side haven’t won since the 7th of October and are on a terrible run of three back-to-back defeats.