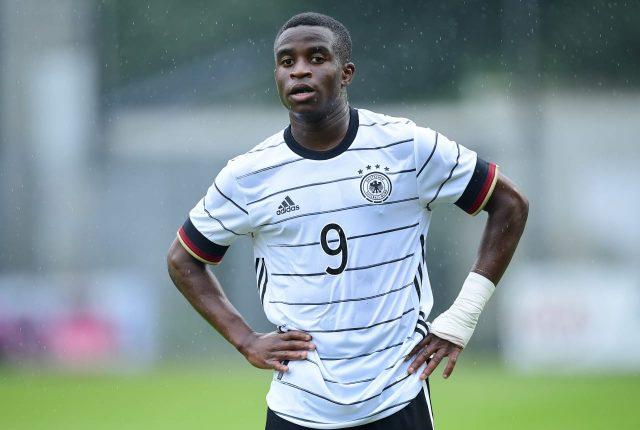 Borussia Dortmund youngster Youssoufa Moukoko is set to miss the rest of 2020/21 after suffering a foot ligament injury while on international duty with the Germany U-21s.

The striker was on course to finish off what has been a remarkable breakthrough season for him after having featured for the first-team on a number of occasions this term.

Just a day after turning 16, the young forward played in the German Bundesliga, becoming the youngest player to ever play in the competition back in November. He also went on to make his Champions League debut weeks later.

His maiden Bundesliga goal came against Hertha Berlin in December after making his debut a month earlier and has gone on to add two goals further in a total of 15 appearances this season.

After earning a call-up to the Germany junior side for the U21 Championship, Youssoufa Moukoko picked up what was first said to be a minor injury in the country’s last day of training, preventing him from playing a part in any of the three group stage games.

However, the narrative seems to be the fact that the 16-year-old will now have to sit out the rest of the season with the ligament injury.

Youssoufa Moukoko’s injury comes as a huge blow for Edin Terzic’s side who are already battling with a lot of injuries at the tail end of the campaign with the likes of Dan-Axel Zagadou, Marcel Schmelzer, Axel Tuanzebe and Jadon Sancho all battling injuries.