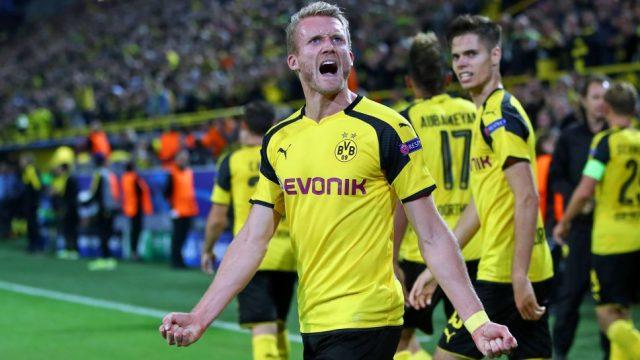 Benevento Calcio, are a Serie B club in Italy, who have just secured promotion to the Serie A for the 2020/21 campaign. In a pursuit to have a successful campaign, they wish to bolster their squad. Borussia Dortmund’s Andre Schurrle is reportedly one of the players that they are in talks with.

Schurrle joined Dortmund prior to the commencement of the 2016/17 season, for 27 million Pounds. In his first two seasons at the club, Schurrle made only 33 appearances in the Bundesliga, while scoring only 3 goals and contributing 9 assists. In addition to his poor performance, Schurrle fell out of favour when Lucien Favre took over as the manager of the club in the 2018/19 season.

Hence, the German was loaned out at the start of the 2018/19 season to Premier Club, Fulham. Followed up by another loan spell at Spartak Moscow in the most recent season. The Russian club have shown no interest in extending his loan or making a permanent purchase.

His contract at Borussia Dortmund expires at the end of the upcoming season. Owing to the Coronavirus pandemic, Borussia Dortmund have suffered a major dip in incoming finances, so the sale of Schurrle to Benevento Calcio could be a major source of income for them.

Schurrle is believed to be worth around 6 million Euros, and if Dortmund can negotiate for a slightly higher price, it would benefit them.