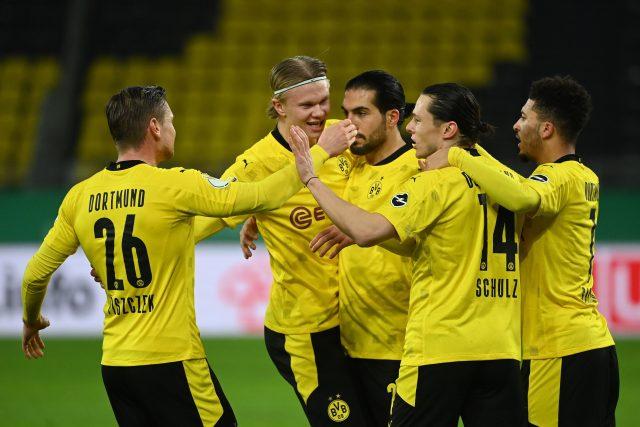 Edin Terzic is expected to be in the dugouts for his 10th game as the interim manager of Borussia Dortmund when they play SC Freiburg.

The game, which takes place at the Schwarzwald-Stadion will be an opportunity for the Black and Yellows to try and get closer to the top four places.

Here, we take a look at how the German coach could assemble his team for the encounter on Saturday, February 6.

The 33-year-old Switzerland international has been in-between the sticks for Dortmund in the absence of Roman Burki, who is said to be carrying an injury. Hitz has not been bad in that time and his confidence should get him the nod once again over the weekend.

Mats Hummels and Raphael Guerreiro will return to the starting lineup on Saturday after being rested in the DFB Pokal game against Paderborn. The German will pair Akanji as central defenders while Mateu Morey and Guerreiro slot in at fullback.

It’s been a god run of form for both Thomas Delaney and Marco Reus under Terzic. The pair will hope to impress once again in the middle of the park when they play Freiburg. Bellingham will also be hopeful of another good game.

The young trio have had the needed understanding in the games they have played together but were far from the best in the last league game. However, Saturday is a good opportunity to revive themselves.