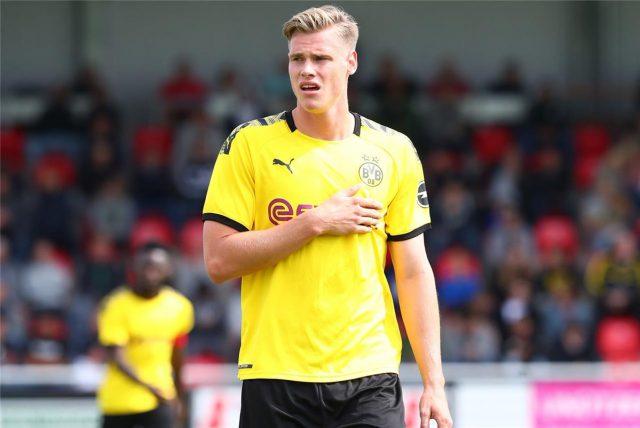 Steffen Tigges, the 22-year-old German striker, has been called up for his Borussia Dortmund senior team debut. He will play against Eintracht Braunschweig in less than an hour in the second round of the DFB-Pokal Cup.

Tigges plays for the Borussia Dortmund U-23 team on the regular. In fact, he is the team’s captain and has scored 12 goals and secured 7 assists in this year’s Regionalliga West. Tigges is considered one of the brightest talents in the U-23 side, and his debut for the senior side has been coming.

He finds himself in the lineup because Youssoufa Moukoko has suffered a minor injury, which is keeping him out of tonight’s game, as reported by Ruhr Nachrichten. Further, the game comes too early for Thorgan Hazard, who has just recovered from his injury and is named on the bench instead.

Should Tigges impress today, he is more likely to establish himself as a squad option for the new manager, Edin Terzic.