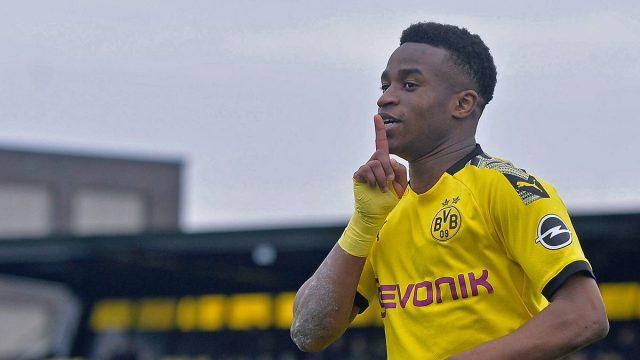 The Cameroonian born has scored 34 goals in the 20 appearances he has made. Owing to his incredible performances, Moukoko is likely to start training with the first team. This is a monumental step for him and is probably not something he expected so soon.

Borussia Dortmund’s appeal to the German Football Association to lower the minimum age required to make a Bundesliga debut was successful. The original age requirement was 17, however, after the appeal, it changed to 16. This means that Moukoko can make his Bundesliga debut when he turns in 16 in November, later this year.

Former Borussia Dortmund youth coach, Benjamin Hoffmann has praised Moukoko’s development and backs the youngster’s ability to adapt to the Bundesliga. He said, “I think he can keep up physically and football-wise there. Despite his footballing qualities, he has developed extremely personally under Sebastian Geppert over the past two years and has matured significantly.”

Further, the club’s Managing Director, Michael Zorc, spoke of the will to integrate Moukoko as part of the first team. Zorc said, “The coach and I talked… about the fact that we want to integrate him [Moukoko] into our team, that he immediately learns to train and play with adults. Introducing young players from their own youth to the professional squad will always remain our focus, that’s what Borussia Dortmund stands for.“