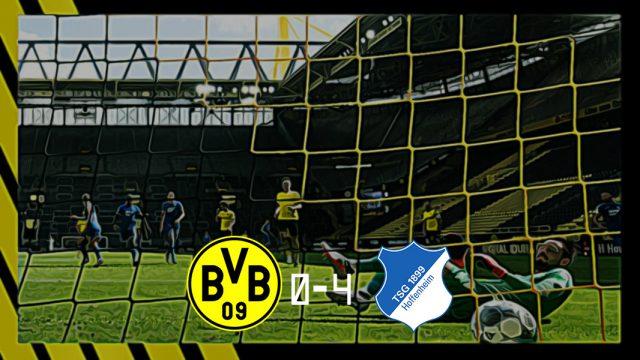 In their last game of the season, Borussia Dortmund suffered a devastating loss against Hoffenheim. Hoffenheim’s star striker, Andrej Kramaric, scored four brilliant goals which Dortmund could not respond to. A humiliating 4-0 loss is not what Dortmund had in mind to finish their campaign. Unfortunately, that was all they got.

Borussia Dortmund dominated the opening minutes of the first half, and they almost opened the scoring in the sixth minute through Erling Haaland. Julian Brandt flicked a header on in the direction of Haaland, who was at the back post. However, Hoffenheim’s goalkeeper tipped it beyond the reach of the Norwegian striker. 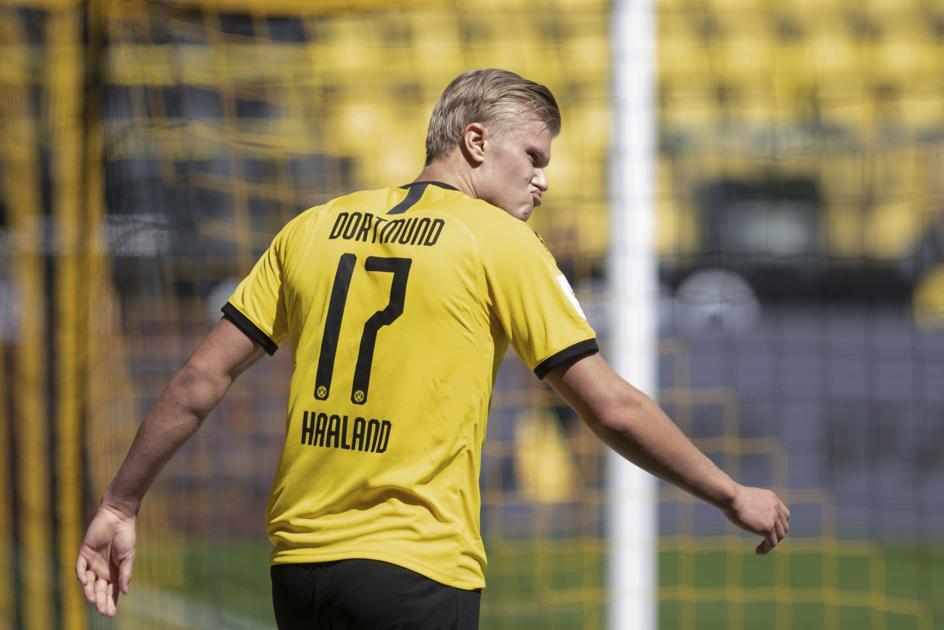 Hoffenheim struck back just a couple of minutes later through a stunner from Andrej Kramaric. The Croatian took on a long shot from 20 yards out, which beat Bürki. The curl on the shot was incredible and is a strong contender for goal of the month.

Dortmund looked to regain possession as soon as they fell behind, but failed to make any significant inroads. The performance was reminiscent of many Dortmund displays in the second half of the season.

Right after the drinks break, Hoffenheim doubled their lead as Kramaric scored one of the easiest goals of his life. Skov’s scuffed shot fell right into the feet of Kramaric, who simply had to turn and pass the ball into the net from a couple of yards out. 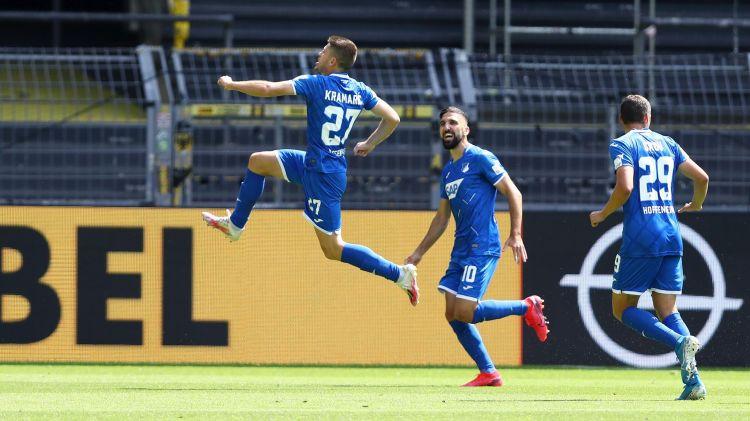 By the end of the first half, Dortmund enjoyed over 2/3rd’s possession but failed to make any clear-cut chances. So they went into halftime with a 2-0 deficit.

Lucien Favre would have been frustrated with his side’s lacklustre performance at halftime, yet his motivation during the break reaped no dividends for Dortmund.