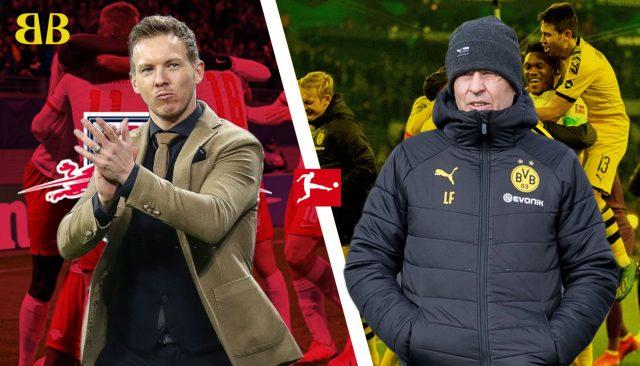 With the title race sealed in favour of Bayern Munich, Borussia Dortmund and RB Leipzig are fighting for second place on the table. Dortmund are currently 3 points ahead of Leipzig and will look to seal the runners up spot on Saturday away at Leipzig.

Here are five key head to head clashes that could decide the fate of the match on Saturday: 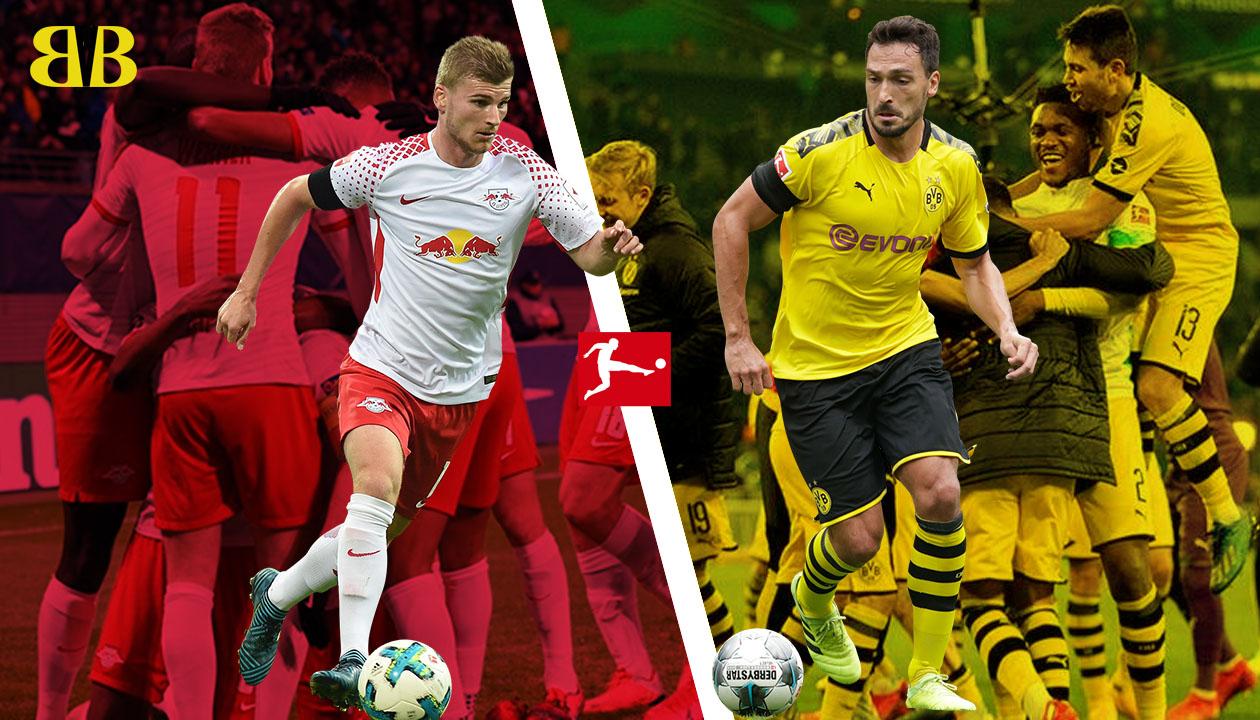 Leipzig’s primary central forward, Timo Werner, will officially become a Chelsea player next season. He will be looking to leave on a high though, and what better way to do that than secure second place for his side. Mats Hummels, Dortmund’s most intelligent defender will come up against the rapid German. Werner scored twice in the return fixture at the Signal Iduna Park, and Hummels will be determined to prevent this from happening again.

Hummels had a poor run in Dortmund’s most recent game against Mainz, as he was left vulnerable on the counter-attack. A defender of Hummels’ calibre will be looking to bounce back and solidify BVB’s defence. 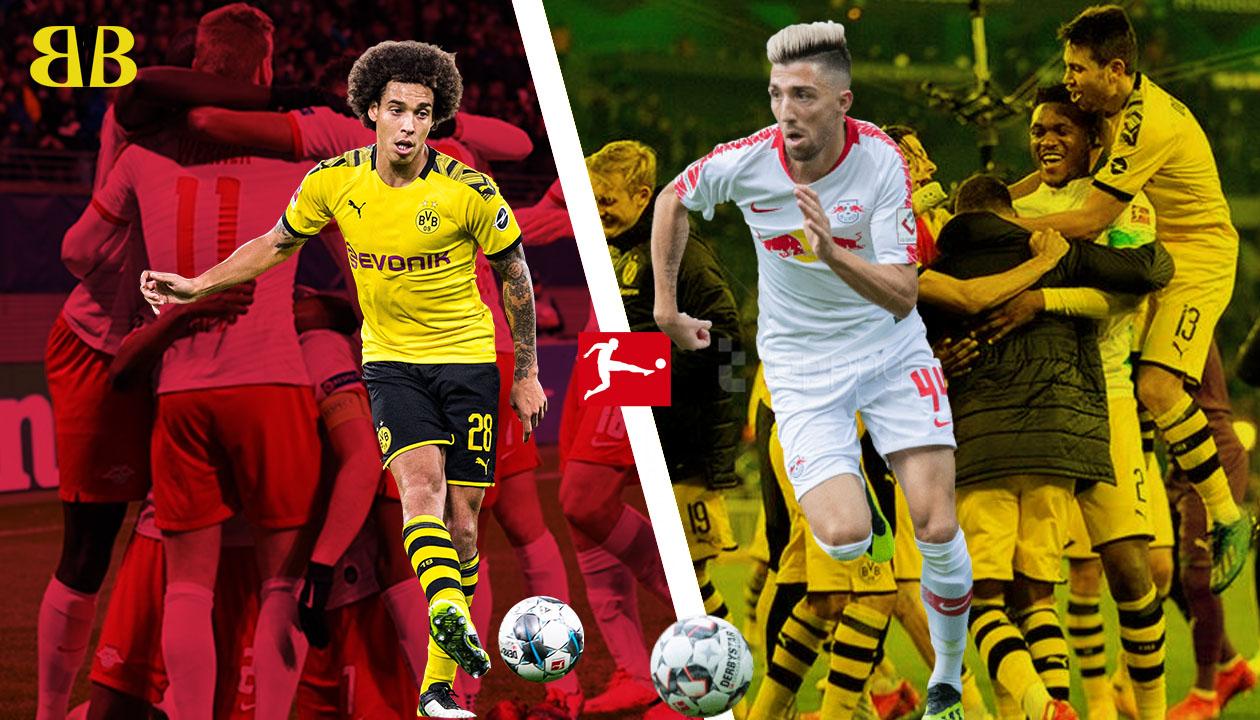 Axel Witsel’s return from injury has been smooth, yet he’s not back to his best. He has started the last 3 Dortmund games, and hasn’t been as influential as he was before the break caused by the COVID-19 pandemic. His performances have been far from extraordinary, with no real tenacity, desire, or sharpness. Maybe all he needs is a massive game to get back to his best.

One of Witsel’s primary responsibilities will be to monitor the movement of Kevin Kampl. Kampl, a Slovenian midfielder has been in fine form ever since the league resumed. He has scored once and assisted twice in the six appearances he has made since May. His most recent contribution was a stunning long-range goal against Fortuna Dusseldorf in a 2-2 draw.

Guerreiro was one of Dortmund’s better performers in the defeat to Mainz. His form too though has dipped in the last couple of games. The left wingback scored 3 in the first two games after the resumption of the league, but ever since those two games his attacking threat has been neutralised, failing to score and assist. Dortmund’s free-flowing game is heavily reliant on their wingbacks, so Guerreiro will have to be in form if they are to score.

Marcel Sabitzer generally occupies the right central midfield role for Leipzig, his strongest attribute is his uncompromising pressing style. This is bound to make Guerreiro uncomfortable, as he will have very little time on the ball. The Leipzig Captain does also pose a threat on goal, scoring 9 and assisting 8 this season.

Emre Can vs Dani Olmo 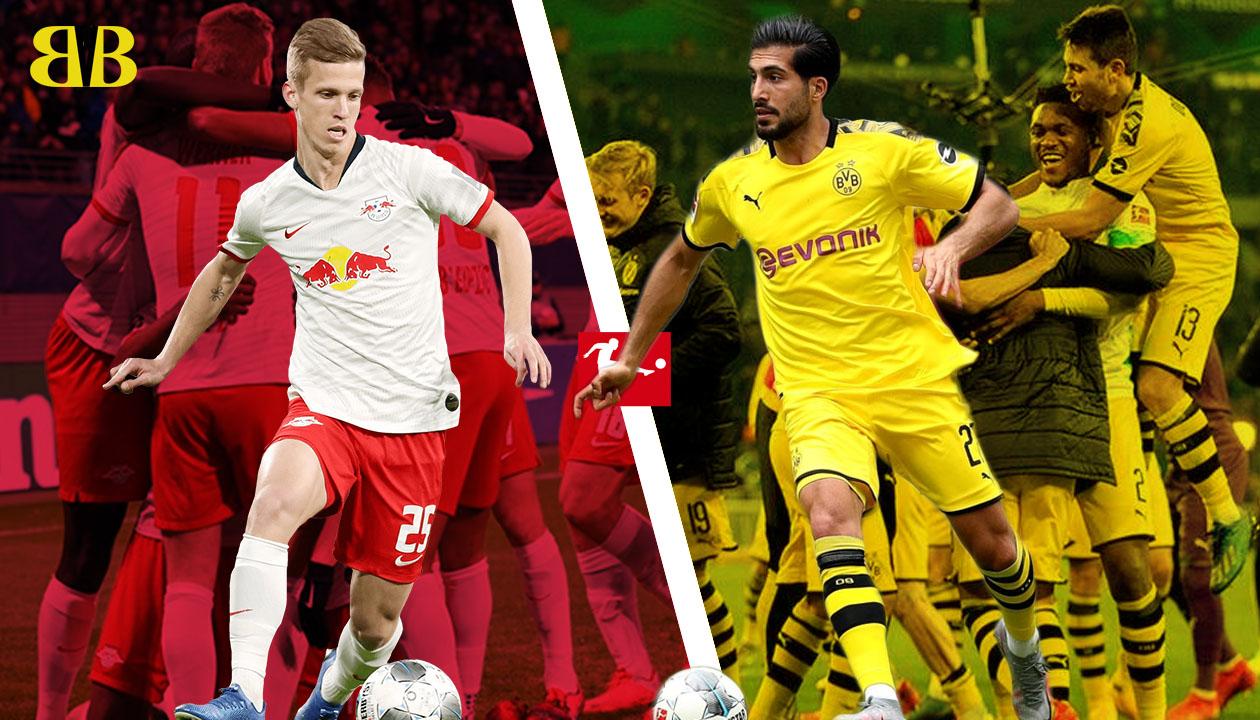 Owing to Manuel Akanji’s muscular injury, Emre Can was forced to slot in at left centre back against Mainz, where he is unable to use his dynamism in play. If Akanji is ruled out for the game against Leipzig, Can will continue to occupy the same role as he did against Mainz. Can is a player who thrives on his physicality and energy, so when he faces Dani Olmo of Leipzig, he is not likely to give the winger an easy time.

Olmo is a young Spanish attacking midfielder who likes to drift towards the right-hand side, he has been in splendid form in the last few games, scoring thrice in his last 4. He is the focal point for Leipzig’s transition from defence to attack, as his blistering pace helps them get away on the break. Apart from this he is blessed with two great feet, making it hard to tell which his strong foot is. 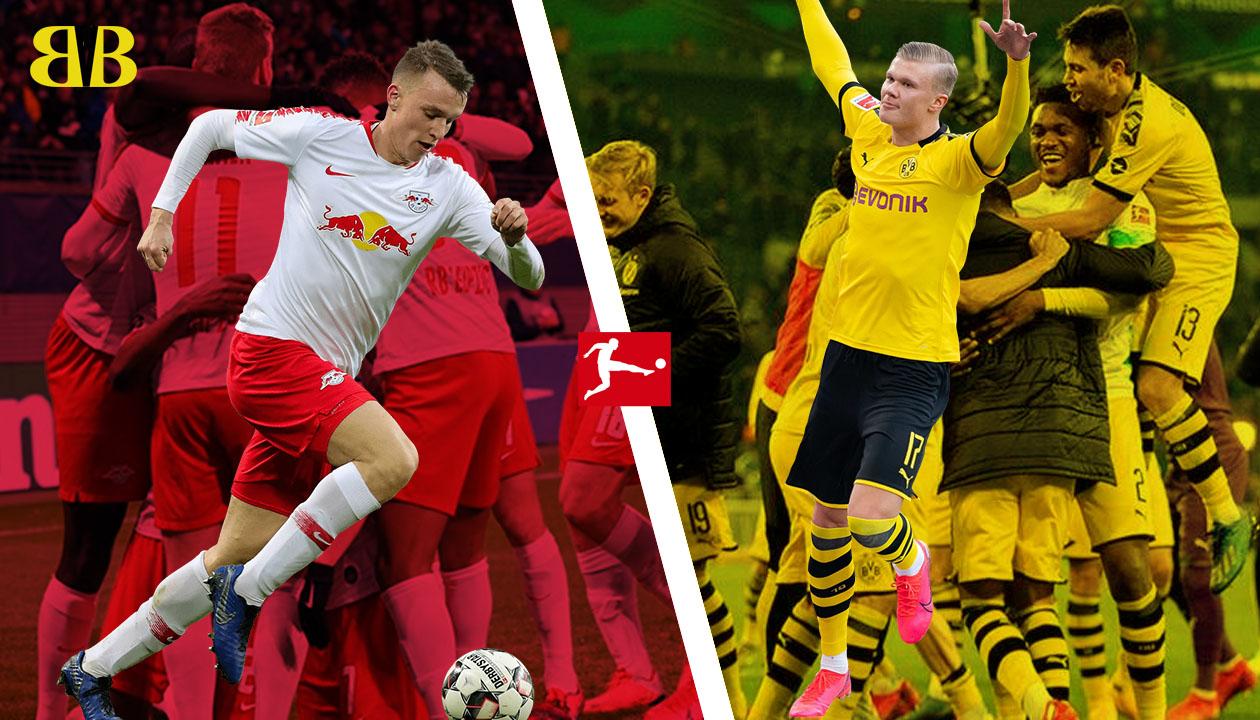 Erling Haaland showed how desperately his side were missing him when he came off the bench to score a last-minute winner against Fortuna Dusseldorf. However, in the next game against Mainz, Haaland did the exact opposite, showing no real threat in attack or build-up play. The “baby faced assassin” will be hoping to redeem himself as he takes on Lukas Klostermann in the battle of the giants.

Both players are over 6 feet tall, and rely on their height and physicality to assert their dominance over opposition players. Klostermann has been brilliant for Leipzig this season, making himself a strong contender for the German national side. He is likely to man-mark Haaland in set-piece situations, where the duo will battle to win aerial challenges, much like the rest of the game.