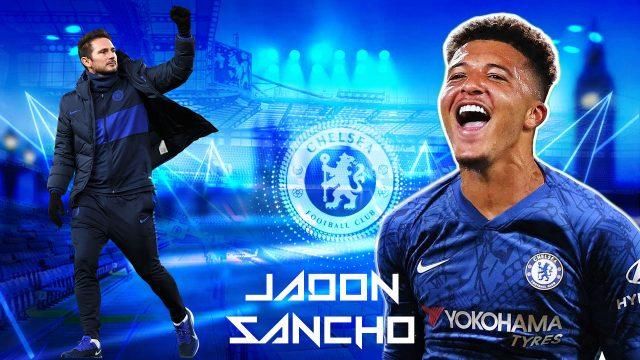 Excitement arises among Chelsea fans as the plans to land Jadon Sancho closes in. This coming transfer window predictably will be a weird one, with the blues high in spirits to secure the services of the Englishman.

Frank Lampard will be facing his first window transfer at Chelsea since he joined the club, following their transfer window banned.

Some names have been floating in anticipation of the coming summer transfer window including the arsenal forward Pierre-Emerick Aubameyang and Borussia Dortmund’s Jadon Sancho. However, fans have raised mixed reactions in response to these rumors arguing unpredictable market patterns.

The price over Jadon Sancho is expected to be very high after the Bundesliga giants revealed a price tag of £100m on him.

Manchester United and Chelsea have been consistent in their quest for the winger. Nevertheless, Liverpool pulled out of the race arguing unaffordable price. The blues are at the forefront with a higher possibility of winning the bid.

According to the reports by The Sun, the Lampard side is yet to receive about £48.5m sum for the services of Alvaro Morata from Atletico Madrid. This will be a big boost in terms of raising cash to bid for Sancho. This could work well for Chelsea, besides the money, they have already put in place to secure the services of the 20-year-old star

However, there is still hope for Manchester United. They are known to have the financial capability and any resource needed to secure any deal with Dortmund.

The German top league is back as Jadon Sancho looks to extends his brilliant performance this campaign, although he was an unused substiture in our 4-0 win against Schalke. This will be his primary aim, his contribution to the team has been fundamental in elevating Dortmund up in the league.