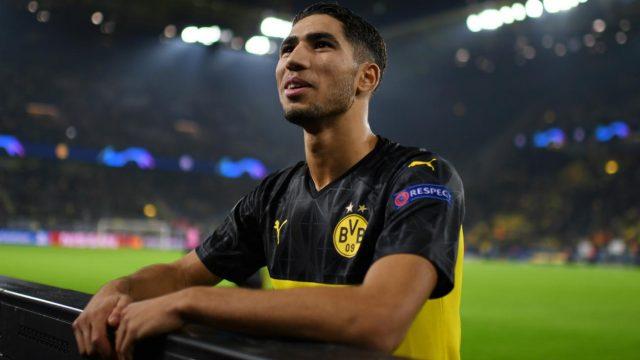 According to Achraf Hakimi’s agent, the player will head back to Real Madrid at the end of the season to fight for a position.

Alejandro Camano who represents the right-back also denied reports that Inter Milan have made an offer to the Spanish giants to sign the player.

The 21-year-old has been on loan at Borussia Dortmund for the last two seasons and has been of great service for the German side. His performances have been so impressive that some of Europe’s top clubs are looking to price him away from the Santiago Bernabeu in the summer.

Bayern Munich, Juventus, Paris Saint-Germain, Chelsea, Inter, Arseanl are looking to make a move for him while Dortmund are also keen on making his stay at the Signal Iduna Park permanent.

“There is no such offer [from Inter], we will return to Madrid at the end of the season,” Alejandro Camano told Assahifa. “Achraf will be the best player of the world at his position.”

Zinedine Zidane has plans of integrating the player into his squad for next season with the club unwilling to count on Alvaro Odriozola who is currently on loan at Bayern.