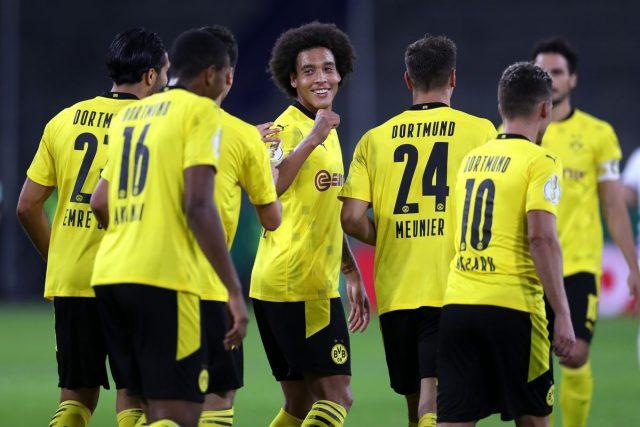 Borussia Dortmund travel to Eintracht Braunschweig’s home stadium, the Eintracht Stadion, in the second round of the DFB-Pokal Cup.

Edin Terzic will hope to rest some of his key players against the 2. Bundesliga outfit. The game comes before a 10 day Christmas break.

Dortmund has to put their recent defeat against Union Berlin behind them in order to make it to the next round of the competition.

Borussia Dortmund: In Terzic’s two games in charge, Dortmund has won and lost 1 game each. The win was against Werder Bremen when a late Marco Reus goal gave the club all 3 points. The loss was a few days ago, against Union Berlin, when Dortmund conceded both goals from corner kicks.

Eintracht Braunschweig: Daniel Meyer’s side hasn’t been on a great run themselves. The newly-promoted side to the second division is currently fifteenth on the table.

They are coming off a 3-0 thumping by second-placed Furth.

HOW DID THEY REACH THE SECOND ROUND?

Borussia Dortmund: Dortmund’s path to the second round of the DFB-Pokal Cup was fairly straightforward. The team, then managed by Lucien Favre, travelled to MSV Duisburg, where a 5-0 victory was easily achieved. There were five different goalscorers on the day, i.e., Jadon Sancho, Jude Bellingham, Marco Reus, Thorgan Hazard, and Giovanni Reyna.

Eintracht Braunschweig: The team showed us the beauty of the DFB-Pokal, with an impressive upset over Bundesliga side, Hertha Berlin. It was a 5-4 goal-fest, where Braunschweig managed to hold on to the 4-2 lead they established going into half-time.

Borussia Dortmund: There isn’t too much to report about Dortmund’s fitness updates. Given that the loss to Union Berlin was on Saturday, there wasn’t enough scope to expect recoveries. Yet, Thorgan Hazard may make a return to the Dortmund squad, based on the observations made on training.

Eintracht Braunschweig: Apart from Marcel Bär, no one else is expected to return to the Braunschweig side. The manager also hinted that a few players are struggling with tiredness and fatigue.

Edin Terzic on Eintracht Braunschweig: “They have a lot of quality going forward and plenty of pace on the wings. They want to play football. Although they haven’t always got the results they’ve been looking for in recent matches, they’ve been very switched on and well organised.”

Daniel Meyer on Borussia Dortmund: “Borussia Dortmund is an absolute top team that has just shown in the Champions League preliminary round what quality it has. Of course, they are currently under discussion due to the change of coach.”