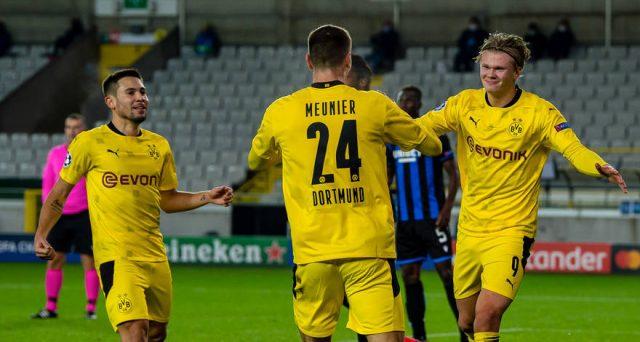 Erling Haaland broke the record to be the fastest player in the history of the UEFA Champions League to reach 14 goals in the competition.

In Borussia Dortmund’s 3-0 victory over Club Brugge, Erling Haaland scored twice to break the record. The record was previously held by England Captain and Tottenham Skipper, Harry Kane, who scored 14 goals in 17 games.

Haaland, on the other hand, needed only 11 games in the UCL to score 14 goals in the competition. 8 of Haaland’s goals were for RB Salzburg, his previous team.

The Norwegian joined BVB in the January transfer window of 2020 and has since scored 6 goals in the 5 UCL games he has featured in for BVB in the competition.

Here’s a recap of the UCL goals which Erling Haaland has scored for Dortmund: