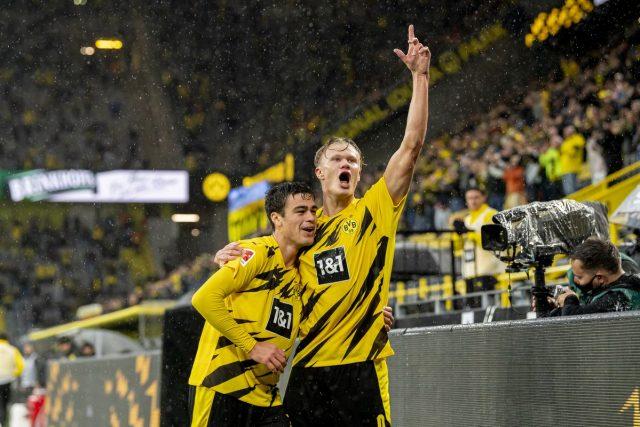 Borussia Dortmund bounced back from their successive defeats with a massive 4-0 victory over SC Freiburg. The victory comes as massive relief after Dortmund’s 2-0 loss at Augsburg last week followed by a disappointing 3-2 Supercup final loss to Bayern Munich.

The black and yellows took the lead right after the half hour mark when Marco Reus regained possession in a dangerous situation. Giovanni Reyna took control of the ball and found Erling Haaland with an exquisite through ball, Haaland then neatly finished, like he normally does.

2 minutes into the second half, BVB extended their lead. With Giovanni Reyna’s corner finding Emre Can in the middle of the box. The stand-in central defender’s powerful header was too much for Freiburg’s goalkeeper to handle.

A misplaced pass from Freiburg gave Reyna the perfect opportunity to bag himself a hat-trick of assists. The “American dream” dribbled past one defender and played another through ball to Haaland, and the Norwegian forward made no mistake in smashing it into the back of the net.

Dortmund’s final goal was down to Haaland’s selflessness, as when he was through on goal in a 1v1 with the keeper he opted not to shoot. Rather, he picked out Felix Passlack for his first ever Bundesliga goal for Borussia Dortmund:

Lucien Favre: “It was really hard for us to control the ball. Things improved after 25 minutes. We were able to play better and, besides the goal, we had a lot of chances before half-time. The timing of the second goal – just two minutes after the interval – was perfect. That gave the team even more confidence and in the end it was a clear and deserved win.”

Marco Reus: “For me it was good to be on the pitch again and to get back into the rhythm. I hope that I will soon be back to 100 percent. But it doesn’t make any sense to go beyond the red zone at the start of the season.”

Emre Can: “Up until today we haven’t scored from a corner. Before the game I had a good feeling and I’m glad that I could help the team by scoring a goal. I saw the ball coming my way and wanted to head it into the goal against the running direction. Good that it worked out so well.”

One of the brightest aspect of the game was the fact that 11500 fans were in attendance to watch their team trample over SC Freiburg.