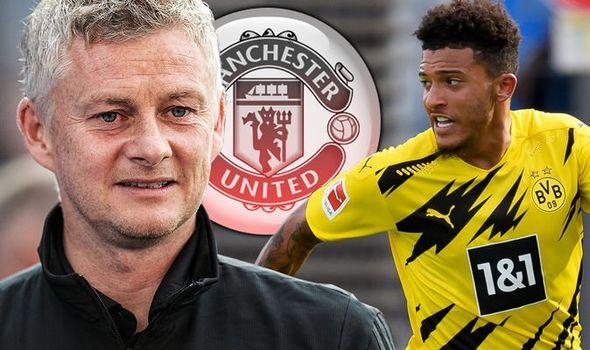 According to world football’s most reputable journalist, Fabrizio Romano has said that Jadon Sancho is “buzzing” to join Manchester United.

This statement by Romano is a re-affirmation of what he has always said and stuck by: Jadon Sancho and Manchester United have agreed on personal terms. Romano said this over a month ago, and to this day he sticks by it.

His tweet read, “Jadon Sancho has an agreement on personal terms with Man United by months. Never had problems, he’d love to join MUFC. It’s up to the club – €120m to BVB or nothing.”

Dortmund have remained firm on that €120m price for a while now, and will not change their stance. It is all about whether Manchester United are willing to match that offer.

According to a reliable news outlet in the UK, the Guardian, Manchester United have made progress in the negotiation for Jadon Sancho. United’s stance over the past couple of weeks has been that they are willing to pay a fee of €108m upfront, followed by €12m in add-ons for the next 2-3 years on the basis of performances.

As the season comes closer and closer, United will need to come to terms with BVB’s stance or else they will miss out on Sancho this summer transfer window. Borussia Dortmund’s first competitive game of the season is against MSV Duisburg on 14/09/20, followed by their first Bundesliga game against Borussia Monchengladbach on 19/09/20.