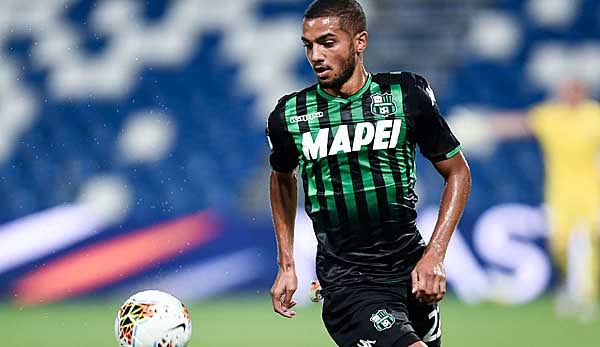 Jeremy Toljan the Borussia Dortmund loanee at US Sassuolo is set to extend his stay at the Italian club. The clubs have agreed to a one-year loan extension followed by an obligatory purchase clause believed to be worth €5 million.

Toljan is a rightback who signed for Borussia Dortmund in the summer transfer window before the 2017/18 Bundesliga season. He made 16 appearances in his first Bundesliga season, before falling out of favour when Lucien Favre took over at the club. Hence, Toljan left to Celtic on loan where he failed to make a significant impact.

In a desperate search for game time, Toljan left for Sassuolo on a one-year loan agreement before the start of the 2019/20 season. He has done well at the Serie A side, making 24 appearances for them in the top division. In these 24 appearances, he has scored once, contributed 2 assists and helped his team keep 4 clean sheets.

The Italian club are currently 12th on the Serie A table and will hope that the extension of Toljan’s loan will help them secure a place in the top half of the table. Toljan’s agent, Ersin Akin, spoke about the decision to extend the loan at Sassuolo. He said, “There have been many inquiries about ‘Jerry’ since he has performed so well in Italy. He feels very much at home in Sassuolo, however, and has developed enormously here. The fact that he can play against top strikers in the Serie A every week has encouraged us to stay.“