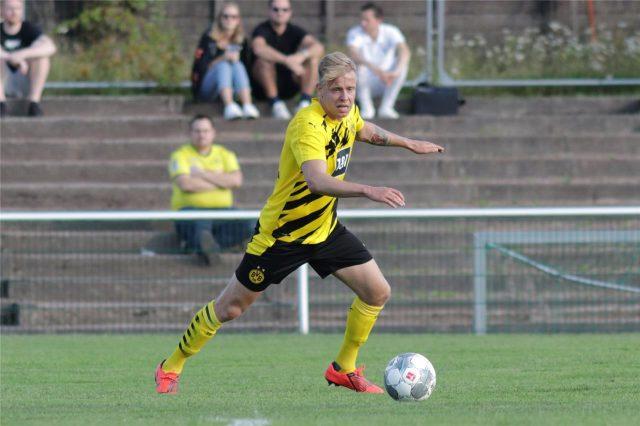 After impressing during training sessions with Borussia Dortmund II, Lennard Maloney has officially joined the squad as announced by Ingo Preuss, Dortmund II’s squad Sporting Director. He said, “Lennard fully convinced us in the test match and also in the training sessions. He is really looking forward to his new task.”

Maloney is a product of the Union Berlin Academy, and after failing to get game-time for the first team, he has decided to join the Dortmund II side. The German-American spent the latter half of the 2019-20 season at Chemnitzer FC, in the 3. Liga, which is the third tier of German football.

Union Berlin’s, Director of Professional Football, Oliver Runhert, said, “Young players need to be playing regularly to develop and improve. Lennard probably wouldn’t have had that chance with us this season, so the move makes perfect sense. Sure, it’s a pity to let a player leave who comes from your own academy, but from our point of view, the transfer is the right decision. We wish Lennard all the best for the future and we’ll always follow his career.”

Maloney will be eager to show what he’s made of. He is a central defender who tries to model his play in the style of Wolfsburg’s “John Brooks”, who is a ball-playing centre back. If he does do well, he could even break into the Borussia Dortmund’s first team.