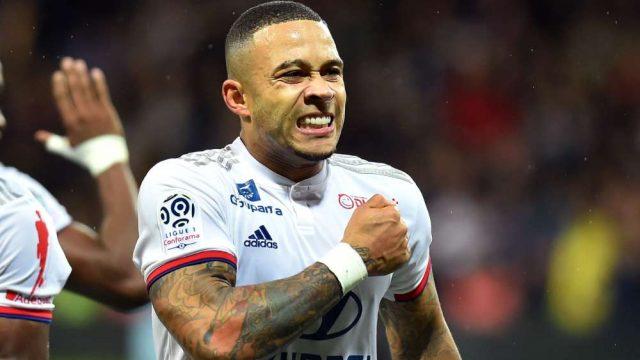 Memphis Depay’s name has reportedly been mentioned as a possible replacement for Jadon Sancho at Borussia Dortmund should the latter leave this summer.

Sancho has been heavily linked with a move to Manchester United and though no agreement has been found yet, Dortmund are already working on a few names as they look to bring in a replacement should he leave Signal Iduna Park in the transfer window.

And per the latest reports from German outlet Bild, Depay has been brought into the conversation for Lucien Favre’s side as one who could fill the potential void by the 20-year-old.

The Netherlands international was once brought in at Old Trafford but his impact at the Premier League side was little to convince the board to give him more time.

Depay left the Red Devils for France, signing for Olympique Lyon in 2017 two years after he had been signed by Louis van Gaal.

In France, Depay has become a great part of Lyon’s team and has been integral for them since pulling on the strings for them.

The Dutchman made 13 appearances in the French Ligue 1 before a serious injury to his knee ruled him out of the season. In his 13 outings for Rudi Garcia’s side, Depay scored nine goals while also laying on two assists.

He could be a good addition at BVB considering his long experience in the European game.