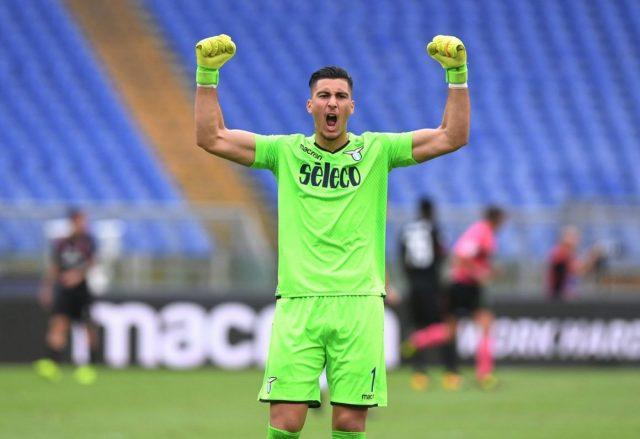 Lazio shot-stopper Thomas Strakosha has issued a ‘come and get me plea’ to Borussia Dortmund after admitting that he would be interested in joining the club.

Reports in Germany indicate that Dortmund will be in the market for a new goalkeeper in the summer transfer window.

And following such reports, Strakosha has put himself on the shortlist sooner than expected. The goalkeeper is currently out with a knee injury and has been limited to just eight approval all season.

Manager Simeone Inzaghi has preferred Pepe Reina to Thomas Strakosha, with the latter’s future with the Eagles now facing uncertainties.

In an interview with Sky Germany recently, the 25-year-old revealed he is a big fan of Dortmund and would be open to moving to the Signal Iduna Park.

“Dortmund is a huge club,” Strakosha said. “They have a young and ambitious team. Of course, it’s an interesting club. Their stadium is incredible. I would be lying if I said that I’m not interested. I am open to new challenges. Rome is like a second home for me, but the Bundesliga is really interesting, of course it could be a good next step for me”

With just 18 months left on his current deal Lazio, the club will be looking to move him on should he fail to commit his long-term future with them before the summer.

And his availability could also cause the Black and Yellows to make a move with doubts over the consistency of first-choice goalkeeper Roman Burki.