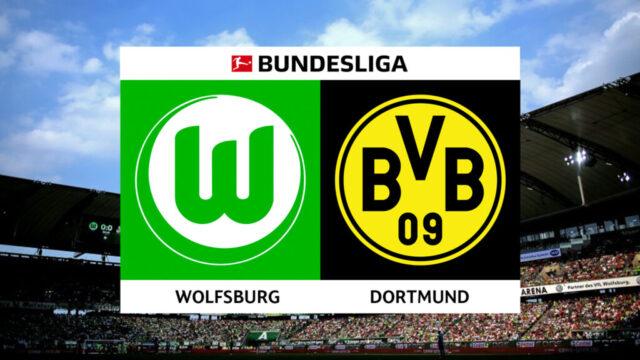 After suffering elimination from the UEFA Champions League in midweek, Borussia Dortmund will turn their attention to league action on Saturday, November 27. BVB plays VfL Wolfsburg away from home over the weekend looking to put behind the midweek woes when they suffered a 3-1 defeat to Portugal’s Sporting CP.

Dortmund is set to play in the Europa League but will now focus on fighting for the German Bundesliga title.

Wolfsburg also comes into the encounter at the back of a 2-0 loss to Sevilla in their penultimate Champions League and needs to bounce back to victory after three winless games.

Florian Kohfeldt’s men were held by Arminia Bielefeld in their last league game and last won a game earlier this month – a 1-0 win over FC Augsburg.

Borussia Dortmund, on the other hand, won against Stuttgart last weekend to go within just one point of league leaders Bayern Munich ahead their crucial fixture next month.

BVB has won all of their last five games against Wolfsburg across all competitions and has managed to do keeping clean sheets during that run.

Wolfsburg last beat Dortmund in 2015 during their DFB Pokal clash at the Signal Iduna Park, recording a 3-1 scoreline.

Kohfeldt is yet to beat Marco Reus in any of the three meetings they have had in their managerial careers. Rose has won twice with the other ending in a draw.

Erling Haaland is expected to travel with the team for Saturday’s game but there are no places for Mateu Morey, Giovanni Reyna, Marcel Schmelzer, and Marius Wolf who continue to be out with injuries.

Just like Dortmund, Wolfsburg also have quite a number of injury concerns in the team. Bartosz Bialek, Koen Casteels, Xaver Schlager and William are all on the treatment table.