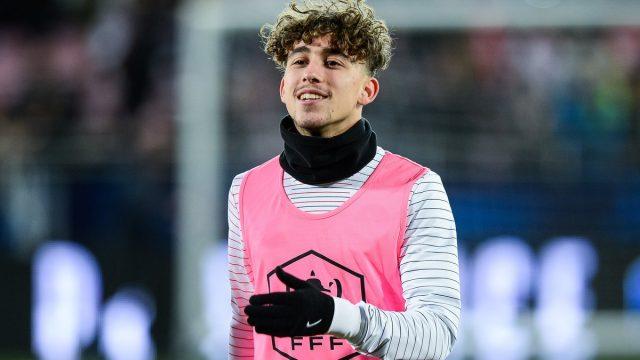 Borussia Dortmund have recently signed Thomas Meunier from Paris Saint Germain. It now looks like they have their eyes on another player from the Parisian club. This time they are interested in a far younger player, Adil Aouchiche. The Frenchman plays as an attacking midfielder and would help bolster Borussia Dortmund’s strength in that area after the departure of Mario Gotze from the club.

The rumours started when Fabrizio Romano, a reputed football journalist, tweeted that “He’s considering to leave PSG as a free agent because he wants to play and doesn’t feel part of the project.”

Aouchiche has risen through the ranks of PSG’s youth teams, where he has made a significant impact. He has failed to gain considerable first team playing time, with just one Ligue 1 appearance in the whole of the 2019/20 season.

He confirmed via Social Media that he will leave the club as a free agent. In an Instagram post in French, which read, “Une page see tourne, Paris pour toys ces moments inouliables.”

The post translated to English is “A page is turning, thank you Paris for all these unforgettable moments.”

Dortmund have had their eyes on Adil Aouchiche for a while now, but what really took the rumours to another level was Thomas Meunier commenting on Aouchiche’s post with fire emojis.

In a search for a club which will give him plenty of opportunities to develop and play, Dortmund seems the ideal destination for Adil Aouchiche. Like they have done with so many other foreign talents such as Jadon Sancho, Christian Pulisic, Giovanni Reyna, Erling Haaland, and Ousmane Dembele.