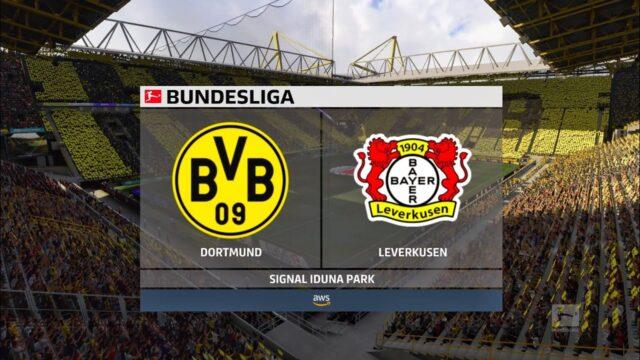 Borussia Dortmund may not have enough reasons to put in their all against Bayer Leverkusen having secured a place in the top four places last weekend.

Dortmund host Leverkusen at the Signal Iduna Park on Saturday knowing that all three points will seal their position as second runners up in the 2020/21 German Bundesliga.

With so many ups and downs, this campaign has been more of a roller coaster for Eden Terzic’s men who eventually ended up lifting the DFB Pokal title, proving something of a satisfactory campaign.

Since losing to Manchester City at home in the UEFA Champions League, the Black and Yellow lads have gone seven games without a loss or draw, beating the likes of Wolfsburg and RB Leipzig during that period.

Leverkusen are poised for a sixth-place finish even if they win against Dortmund on the final day. They have won just three of their last seven games across all competitions, losing just one.

The reverse fixture back in January saw Hannes Wolf’s side beat Dortmund 2-1 at the Bay Arena.

Lukasz Piszczek is set to play his last game for Dortmund before bowing out of the club. Aside from the Polish, there is no injury returnee for the manager who has everyone from the Mainz game available at his disposal.

For Wolf, Leon Bailey, Lucas Alario, Nadiem Amiri, Exequiel Palacios, Edmond Tapsoba, Lars Bender, Santiago Arias and Timothy Fosu-Mensah are all out while Patrik Schick is a doubt going into the game.