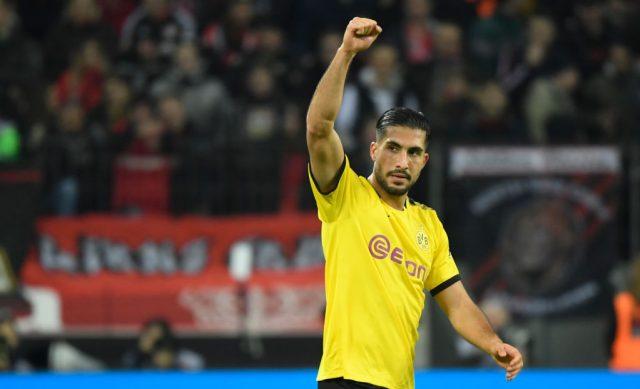 Emre Can’s goal against Bayer Leverkusen has won the Bundesliga goal of the season award for 2019/20. The German’s goal came in his debut game for the club, and although the result was a 4-3 defeat for Dortmund, the goal will be incredibly special to him.

Can signed for Dortmund, earlier this year, on the 31st of January and made his first start just 8 days later. It was an away game at Bayer Leverkusen’s stadium, the BayArena. This makes the goal even more special, as Leverkusen was Emre Can’s second professional club.

The goal came in the 33rd minute when Can took a shot on from around 30 yards out. He switched the ball on to his right foot and set his eye on the goal. He beautifully curled the ball into the top corner, leaving Leverkusen’s keeper, Lukáš Hrádecký, with no chance of saving his shot.

Can’s goal got 22% of the votes from the Bundesliga official twitter handle and YouTube channel. He just about edged his former teammate at Liverpool, Philippe Coutinho, who got 21% of the votes.

He has spent just over 6 months at the club, already making 15 appearances for the side, with 2 goals and an assist. Apart from his contributions further up the field, the German can also fit in at centre-back for when Dortmund’s defenders are either injured or suspended. He will be key to Dortmund’s title aspirations this year, as he aims to extend his run of good form into next season.