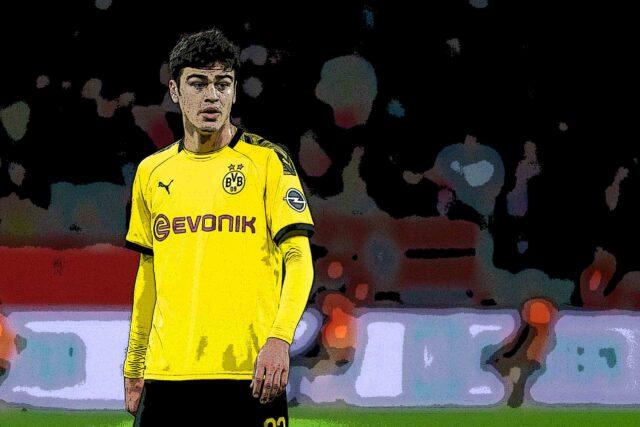 Borussia Dortmund youngster, Giovanni Reyna has been ruled out of action until at least the next international break.

Reyna picked up a muscle injury earlier this month while playing for the United States national team in their World Cup qualifiers.

The teenager injured himself in the game against El Salvador last week Friday, and Marco Rose has confirmed the player is set for some time on the sidelines.

Rose confirmed the player’s injury during his pre-match conference against Bayer Leverkusen on Saturday.

The manager said: “Gio Reyna is injured and will be out for the next few games. we hope that he will be back after the next international break.”

Reyna’s injury will be a huge blow for the Black and Yellow lads, who continue to be without Emre Can, Thorgan Hazard, and Nico Schulz for Saturday’s game.

Having suffered a muscle injury while with Belgium, Thomas Meunier is also likely to miss the game against Leverkusen, with new signing Marin Pongracic expected to fill in the void at right-back.

However, the hood news is the return of Mats Hummels to training while Marco Reus has also recovered from the knee injury he sustained during the international break.