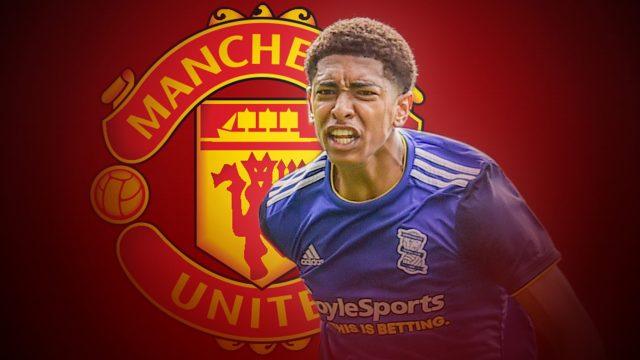 Jude Bellingham has revealed Jadon Sancho played a part in his decision to move to Borussia Dortmund after his future became an “annoying saga”.

The 17-year-old heads to the German club in ahead of next season in a deal worth £26 million – rising to more than £30 million.

Bellingham was labelled as part of the promising generation of English players following his impressive performances for Birmingham City since breaking into the first-team last year.

The teenager claims he was convinced a move to Dortmund was the best for him having seen Sancho develop over the years since moving to the Signal Iduna Park also at age 17.

Bellingham also said the prospect of getting the opportunity to play in the Champions League was another factor in making his decision.

“I chose Dortmund because it is the perfect step for my development. I am just glad that saga is over. It was a lot of annoyance to me and there was a lot of noise at the time when all I wanted to do was play for Birmingham.

“Now I haven’t got the chance to do that anymore, but I would like to think I made the most of it. The record Dortmund have got with young players in recent years is unrivalled in European football.

“Weighing all that up and the people we met there, the stadium and fanbase, it made me fall in love with that club as well. I’ve met Sancho and we have spoken. He is a great example of what you can achieve if you do the right things.”

Lucien Favre’s side finished second in the 2019/20 Bundesliga season, which sees them qualify for the 2020/21 Champions League, and Bellingham takes delight in getting the opportunity to play in the continental competition.

He added: He added: “It is everyone’s dream. You can feel the
atmosphere just through the telly.”

Birmingham confirmed on Thursday that they would be retiring the No,22 shirt won by the youngster, a decision which was met with mixed reactions from football fans.