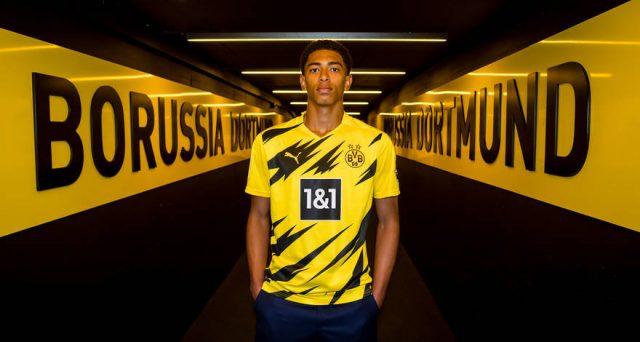 Borussia Dortmund have officially signed Jude Bellingham from Birmingham City. After a prolonged negotiation, the club have finally secured the 17-year-old’s signature.

Dortmund have announced the youngster’s signing in spectacular fashion on their twitter handle. The club’s squad have taken part in their own version of the iconic Beatles’ song, “Hey Jude“.

Bellingham has signed a long-term contract for the Bundesliga title, joining a long list of young talents who have chosen to sign for Borussia Dortmund over some of the biggest European footballing giants.

The club’s Managing Director, Michael Zorc, said “Jude Bellingham confidently chose BVB and, of course, was primarily concerned with the sporting perspective that we showed him.”

The youngster is considered one of the finest prospects in world football. He plays as a central midfielder but can play on both sides of midfield too. Zorc said, “He has enormous potential that we share want to develop with him in the coming years. He already has a surprising amount of quality in his own possession as well as against the ball, and on top of that, the player also has a strong mentality. We immediately see Jude as a reinforcement for our professional squad, but of course, we will also give him the time to get used to the higher level.”

Bellingham too made a statement on how excited he was to join the Black and Yellow Army.

He said, “I can’t thank Birmingham City enough for what the club did for me – not just this season, but since I came to the club when I was seven. Now I’m really excited to join one of the biggest clubs in Europe. BVB’s path, but especially how they help young players to improve, made the decision very easy for me personally and for my whole family. I can’t wait to play in one of the most beautiful stadiums in the world.”