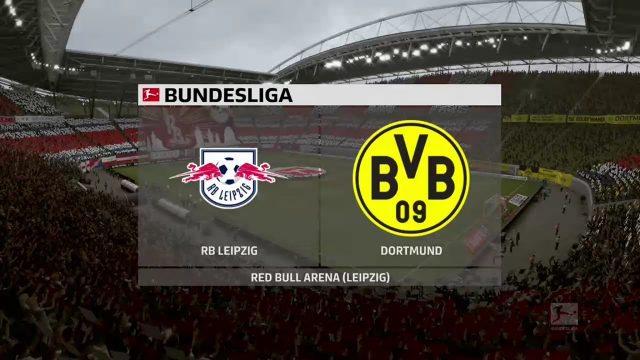 After losing to Mainz 05 in midweek, Borussia Dortmund head back to Bundesliga action against RB Leipzig on Saturday at the Red Bull Arena.

With the top-flight title now out of reach, the focus for Dortmund is go cement their position at the second position with a game more to go after the clash with Leipzig.

Leipzig on the other hand will be looking to leapfrog the Black and Yellows into the second spot as they are separated by just three points as they find themselves leveled on goal difference.

The home side will also be preparing for life after Timo Werner after he confirmed he is heading to the Premier League with Chelsea his destination.

Lucien Favre on the other hand faces uncertain about the futures of Achraf Hakimi and Jadon Sancho with the former set to return to Real Madrid after two years at the Signal Iduna Park.

They have taken a total of nine points from a possible 15 in their last five games in the Bundesliga.

Favre’s side have been beaten twice in their last five games in the league and have also amassed nine points in a possible 15.

Hannes Wolf, Yussuf Poulsen and Fabrice Hartmann remain sidelined for Leipzig, but there is optimism Ethan Ampadu could be fit for the contest on Saturday following a back problem.

For Dortmund, Manuel Akanji, Dan-Axel Zagadou, Thomas Delaney and Mahmoud Dahoud will not be involved in the game due to their respective injuries, while skipper Marcos Reus still remains a doubt despite two weeks of full training.

Expect a goal fest in this game with Werner, Sancho and Erling Braut Haaland also set to be involved in the game.