Borussia Dortmund’s young defender, Dan-Axel Zagadou has been impressive in the games he has started this season. He became an indispensable part of Lucien Favre’s back three until a knee injury in April hampered the rest of his season.

The Frenchman is now rated as one of the best young Central Defenders in the world. The 21-year-old is believed to be worth over 30 million Euros now, hence Dortmund would like to extend his contract at the club.

Zagadou’s current contract expires at the end of the 2021/22 season. The club’s Managing Director, Michael Zorc, has recently spoken on the possibility of a contract extension. When questioned about a possible contract extension for Zagadou, he said, “We can well imagine that, but there have been no really effective discussions with him yet.” 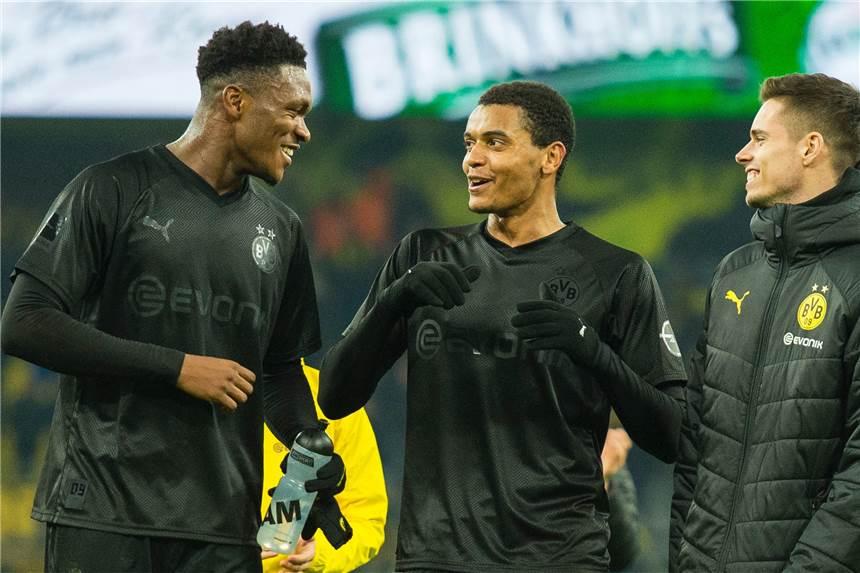 These are encouraging signs for the “black and yellow army”, as Zagadou could easily be the mainstay of the Dortmund defence. He will develop under the mentorship of a legendary defender, Mats Hummels, who often leads the back-line. Further, as he has just recovered from his knee injury, he should be fit to start next season.

Zorc accepted that Zagadou still has a long way to go. He said, “He can still develop. He has to work on both his mobility and his resilience. What is important for him: that he stays healthy throughout.”

Lucien Favre will hope that Zagadou will be fit for the upcoming season, as when he doesn’t start the team tends to leak goals.