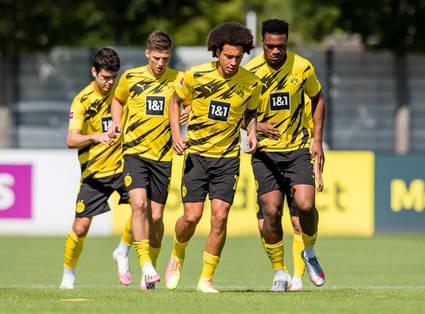 Borussia Dortmund have announced their official squad for the UEFA Champions League 2020/21 season. The squad consists of two lists, namely, List A & List B.

List B players are those who were born on or after 1 January 1999 and who were eligible to play for the club in question for at least two consecutive years between their 15th birthday and the date of their registration with UEFA.

What is most interesting about this squad is the exclusion of Marcel Schmelzer. The BVB veteran underwent a knee surgery in July, but it was declared that his rehabilitation will take several weeks. Felix Passlack, who is going through a bit of a career resurgence, will replace Schmelzer as the backup left-back in the squad.