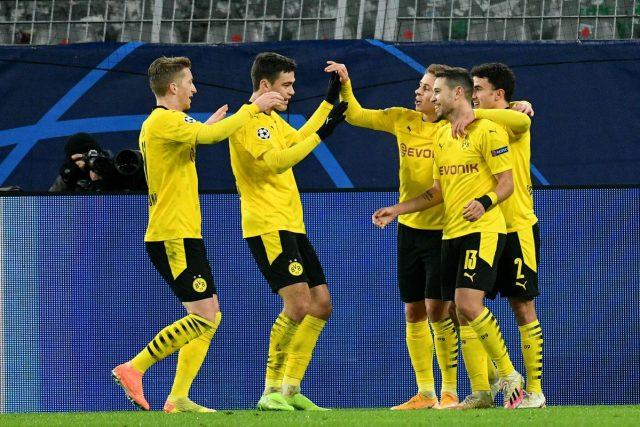 Borussia Dortmund hung on to a 1-1 draw against Lazio in the UEFA Champions League. The result meant that BVB secured qualification to the round of 16 of the competition.

Lucien Favre was forced into plenty of changes. Thomas Meunier, Emre Can, and Erling Haaland were all ruled out for the game owing to injuries. Lukasz Piszczek came in for the Belgian right-back, Thomas Delaney for the German midfielder, and Giovanni Reyna for the Norwegian striker.

Further, Axel Witsel, Julian Brandt, and Jadon Sancho dropped out of the side, with Mateu Morey, Jude Bellingham, and Thorgan Hazard replacing them. Dortmund switched to the 3-4-3 formation, with Piszczek as the third central defender.

It was the Polish man’s tackle that prevented Lazio from taking the lead in the opening twenty minutes of the game. Piszczek’s last-ditch interception stopped Joaquin Correa from getting a clear 1v1 chance against Roman Burki.

The Serie A side continued their dominance and thought they had missed the golden opportunity to go ahead when Francesco Acerbi failed to score an open goal, however he was clearly offside.

Dortmund then finally turn the heat on and Thorgan Hazard forced a good save out of Pepe Reina with a long-range shot with Marco Reus’ rebound shot going just wide of the far post.

The home side took the lead just a minute before half-time with a slick move from Raphael Guerreiro, Thorgan Hazard, and Giovanni Reyna. Guerreiro’s trademark incisive run was watched by Hazard, who played the Portuegese wing-back through on goal, leaving Pepe Reina helpless.

The second half’s start was fairly similar to the first, with Lazio starting on the front-foot. Former Dortmund striker, Ciro Immobile, kept Roman Burki wary with a well-placed shot which would have nestled into the bottom right corner if not for the keeper’s hands.

Seven minutes later, Lazio were handed a penalty owing to Nico Schulz’s late tackle on Sergej Milinković-Savić, which the referees deemed to be a penalty. Immobile converted the spot-kick, sending Burki the wrong way.

The last 20 minutes of the game were tight and Dortmund were thankful to Roman Burki for a crucial save from Immobile’s volley from outside the box, which was struck with venom. The Polish goalkeeper made another important save against Andreas Pereira’s stoppage time freekick.

Thanks to the draw, Dortmund have qualified for the round of 16 stage of the competition, however the game against Zenit St Petersburg next week will determine whether they seal the top spot.