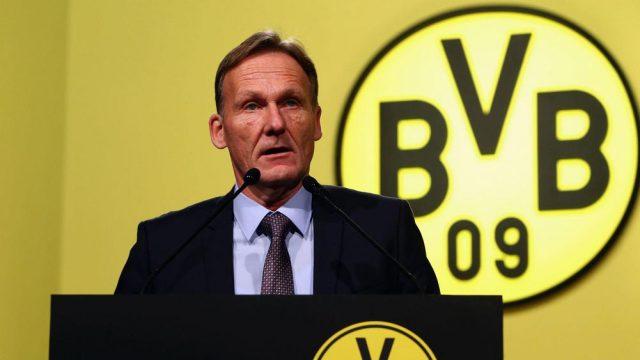 Manchester City have recently had their 2 season-long ban from the UEFA Champions League revoked. City were initially banned for 2 years, for breaking financial fair play regulations. The English club appealed before the Court of Arbitration for Sport, and the decision was in their favour.

Instead of serving their ban, the club was ordered to pay a fine of 10 million Euros. Their manager, Pep Guardiola, has been extremely loud about the decision. He said, “I’m incredibly happy for the decision. It shows everything that people said about the club was not true. Today is a good day, yesterday was a good day for football because we play by the same rules as all the clubs in Europe.”

In response to his vociferous claims, Borussia Dortmund’s CEO,  has hit back with his own arguments. Borussia Dortmund are regarded as a club with great historical significance. They are a club who follow the ethical and moral obligations that are placed on a football club. This is probably why Watzke was not particularly delighted with the decision made by the Court of Arbitration for Sport.

He said, “Overall, it was not a good day for football. It is also a setback for UEFA. I would recommend Manchester City to stop celebrating. If you read the reasoning for the judgment, you can see that just the evidence was not valid enough. In fact, celebration should be forbidden.”