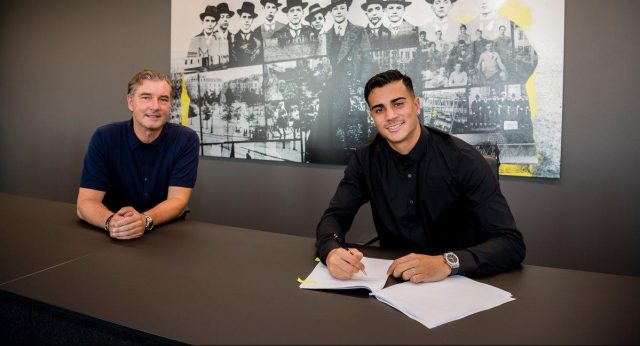 As expected, Borussia Dortmund has announced the signing of Reinier Jesus from Real Madrid. The deal will be a 2-year loan spell. The U-23 Brazilian International joined Real Madrid from Flamengo for a whopping 30 Million Euros in January 2020.

Although he did not appear for the Real Madrid senior team, he did train with Zinedine Zidane’s first team. The deal will be beneficial for Dortmund as well at Reinier that the deal has been agreed for 2 years, giving the young Brazilian ample time to develop under Lucien Favre.

Michael Zorc, Managing Director of Borussia Dortmund, was excited to announce the signing of the 18-year-old. He said, “Reinier is a player who possesses enormous talent and can be deployed in various attacking positions. We’ve been keeping tabs on the lad for over two years; in addition to his outstanding technical qualities, he also boasts a strong physical presence. Following the long break from competitive football, we’ll give him the necessary time to adapt to professional football in Germany and he can then be an additional option for us going forward.”

Upon signing the contract, Reinier Jesus said, “I’m happy that I’m now at BVB. The club is known for its focus on young players and improving them. I would like to learn a lot and play a lot here, help the team and be successful. I hope that we’ll experience many happy moments together.”