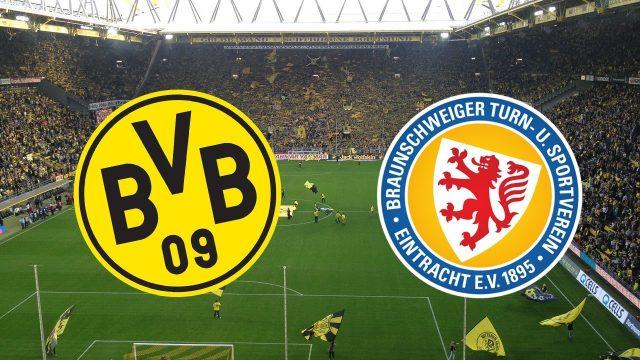 Borussia Dortmund will come up against Eintracht Braunschweig in Round 2 of the DFB-Cup 2020/21. The fixture is set to be either on the 22nd/23rd of December, at the Eintracht-Stadion, Braunschweig’s home ground.

Braunschweig is a team which competes in the Bundesliga 2. They were promoted to the second tier this year after an impressive 3rd placed finish in the 2019/20 season in the 3.Liga.

Dortmund faced Liga 3. leaders MSV Duisburg in the first round of the cup when Dortmund scored 5, and Duisburg had no response. The goals came from Jadon Sancho, Jude Bellingham, Thorgan Hazard, Giovanni Reyna, and Marco Reus.

Eintracht Braunschweig, on the other hand, performed a classic cup upset against Hertha Berlin in an entertaining 5-4 win.

32 teams compete in the 2nd round of the DFB-Cup, which means that 16 of them will progress to the Round of 16 which is to be held in the opening week of February.