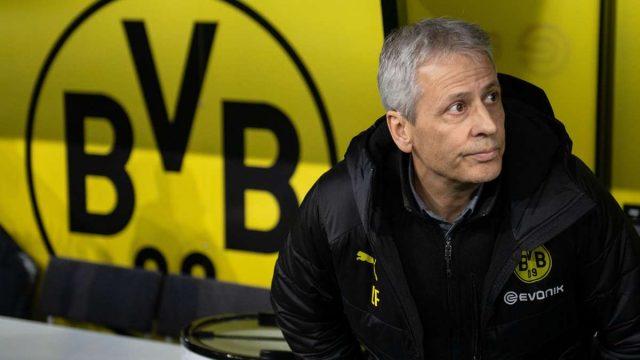 Lucien Favre had been tipped for an exit this summer after failing to guide Borussia Dortmund to a Bundesliga title. But Michael Zorc who acts as the sporting director for the club cleared those suggestions last week.

And now Hans-Joachim Watzke has offered his backing to the Swiss manager, insisting that he deserves another year at the helm of affairs at the Signal Iduna Park.

In an interview with Sport1, Watzke said: “Lucien (Favre) has twice helped us finish as runners-up, and still has a contract. I know the prejudices that exist in the media. He can now put an end to those prejudices next year, he deserves the chance.” 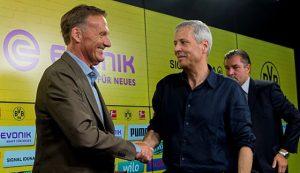 Dortmund who had been very productive for most part of the season ended their league season in an abysmal form as they lost to Hoffenheim by four goals to nil at home. And Watzke believes the players should carry the blame for the poor performance.

“Every coach in the world would have lost the game against Hoffenheim, it was clearly because of the team. In Leipzig it was the same coach. And we had one of our best matches in the last few years.

“When you win, the mentality is always right. All week I read what a great mentality we had in Leipzig. The attitude was not right on Saturday, there is no question about it. That was a non-performance.”

The chief executive officer also revealed that the club are set to hold discussions to review the 2019-20 season on Monday.

While he also took time to address concerns of star man Jadon Sancho, who has been heavily linked to a return to the Premier League with Manchester United said to be front-runners.

“If Jadon comes up to us and says that I want to leave, which hasn’t been the case so far, and a club comes along that is willing to meet our conditions, we will discuss it. I don’t think a club will pay the sum. There will not be even a single cent Corona discount.

“We have a more unusual situation next year than usual. With the exception of Achraf Hakimi, the team will stay together. That helps with development.”