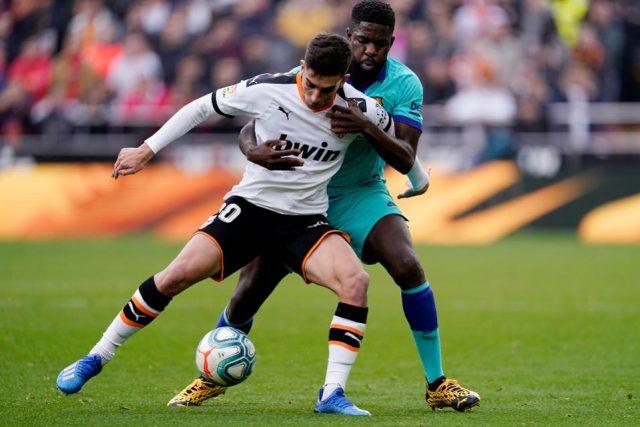 Borussia Dortmund have reportedly open talks with the Valencia star Ferran Torres, with Lucien Favre said to be monitoring the 20-year-old for sometime now.

Torres had been impressing for Valencia in Spanish top-tier for sometime now and his dignified performances earned the right-winger his first international cup under coach Luis Enrique before the football calendar was interrupted by the outburst of corona virus that saw all matches cancelled.

However, according to Goal, Dortmund will have to outdo the competition from clubs like Ajax, Juventus, Manchester United, Liverpool and Bayern Munich to bring Ferran to Borussia.

The German club has expressed their interest in the Spanish international as the perfect replacement for Jadon Sancho. His price tag is currently at 100 million euros and the Black and Yellows are committed to striking a deal for a bargain price from the big cheque they get if Jadon Sancho leaves Signal Iduna Park.

This transfer could light hopes mainly in England if Torres agrees to leave Mestalla for Dortmund, as a number of  Premier League clubs like Liverpool, Chelsea and Manchester United have expressed their interests in Jadon Sancho.

Reports by Football London shows that the Blues have refocused their keen attention on Sancho, to add firepower to their attack alongside likes of Ziyech & Pulisic.