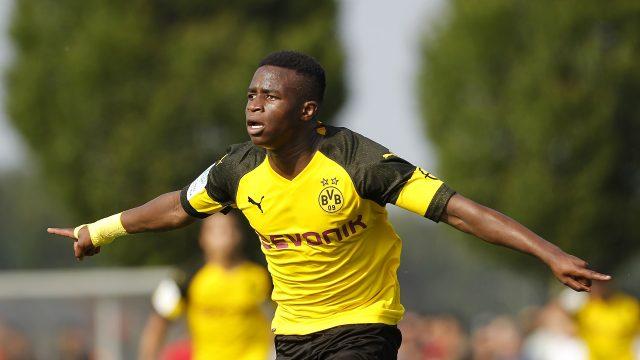 Frank Fahrenhorst has lauded Borussia Dortmund youngster Youssoufa Moukoko. The young attacker has been with Dortmund’s youth team and has gained media attention with his impressive performances in front of goal, leading to comparisons with Samuel Eto’o.

During his time with BVB’s academy side, Moukoko has scored 150 goals since joining them in 2016. Last season saw him net 34 times in 20 games for the Under-19 side.

And the former Werder Bremen and Hannover 96 defender, now in charge of Schalke 04’s youth team has recollected the danger the German-born Cameroonian starlet posed to his team, while also praising his development. 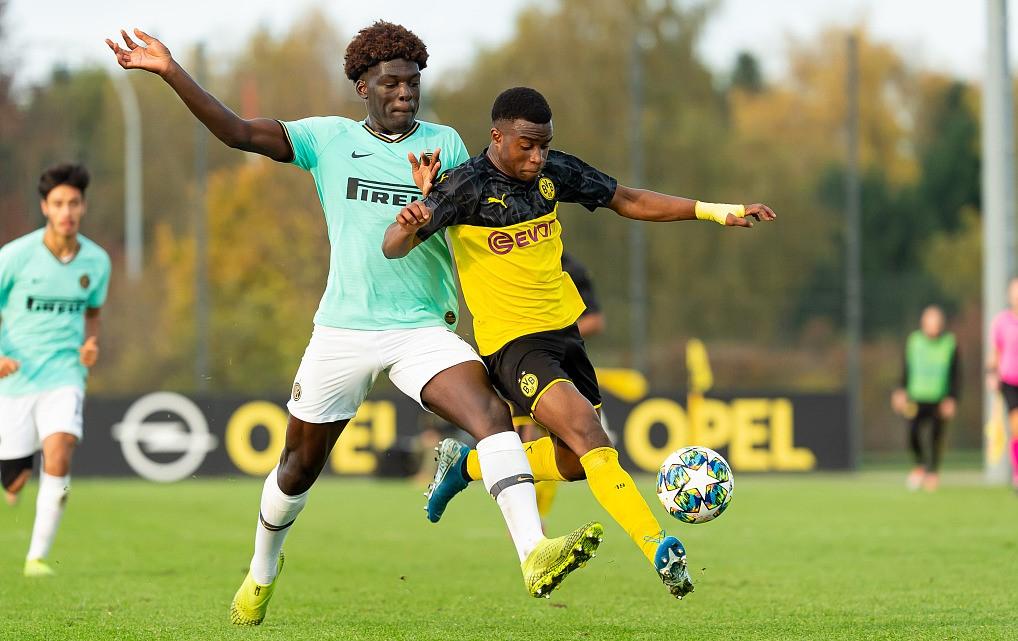 “He [Moukoko] hurts us very often. [Laughs] He is without a doubt an exceptional player. The maturity and serenity he has at 15 are impressive,” Fahrenhorst told Goal and SPOX. “You have to see how he can handle physically in the professional area, but you can only be curious to see what his future path will look like. His potential is unparalleled in old age.”

The youngster has been given permission to train with the first-team since January, and could be in line for a maiden game when he finally turns 16 in November this year, with German football authorities lowering the age limit for a player to make his senior appearance. 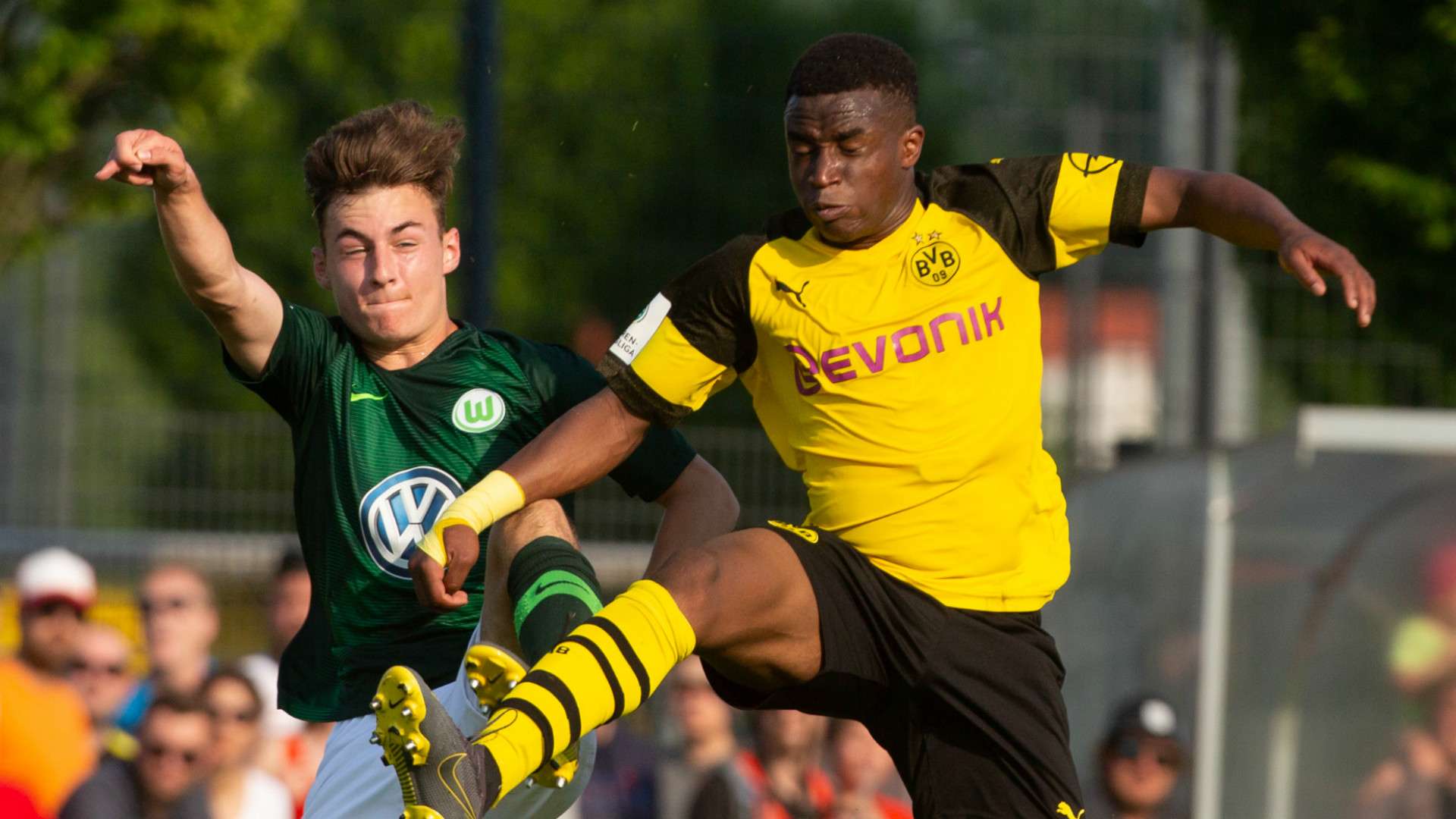 “We are very happy. The majority of clubs now want to give exceptionally talented young players the opportunity to take a new step in their development in absolutely exceptional cases,” Lars Ricken, Dortmund’s youth director, said in a recent interview.

Moukoko hailed from St. Pauli’s academy, where he scored 23 goals in 13 games during his two years with them before switching to Dortmund in 2016.

The 15-year-old has also earned comparisons with former BVB forward Pierre-Emerick Aubameyang, who netted 141 goals during his time at the Signal Iduna Park.