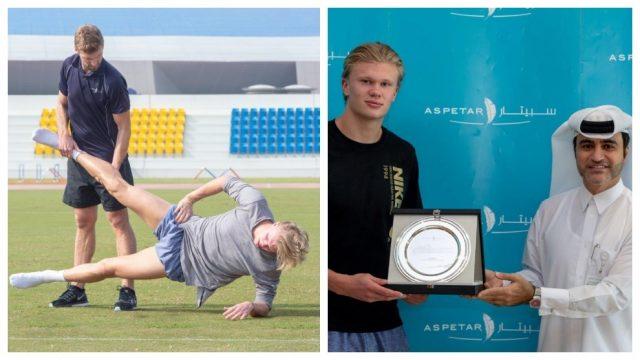 Erling Haaland has said that he has recovered from his muscular injury and is now working towards his match fitness. The Norwegian striker tore a muscle fibre at the start of December, and as a result, has missed Dortmund’s games since.

In a statement, Haaland said, “The facilities and the clinic staff I met at Aspetar (Orthopaedic Centre in Doha) were excellent. I’ve recovered from my injury and I’m looking forward to playing again soon.”

The club does not expect the 2020 Golden Boy Winner to return to action until January, however; it is a good sign that his recovery is going according to plan.

In the absence of Haaland, goals have been hard to come by for Dortmund. In the space of five games, the club has scored only 6 goals and conceded 9 at the same time.

Lucien Favre tried to replace him with Julian Brandt, Marco Reus, and even Thorgan Hazard. They couldn’t offer the solutions though, and probably contributed to the Swiss manager’s sacking.

New manager, Edin Terzic, went down a different route. In his first game in charge, the German started Youssoufa Moukoko against Werder Bremen, in the 16-year-old’s first Bundesliga start.