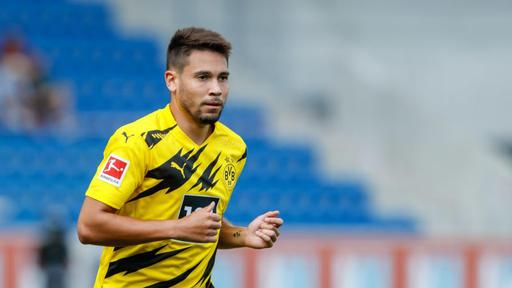 Borussia Dortmund’s first Bundesliga game of the season is against Borussia Monchengladbach on 19/09/20.

Here are the injury updates from Ruhr-Nachrichten:

Roman Burki is a doubt for the game owing to a hip injury which kept him out for the DFB-Pokal clash against MSV Duisburg. He has undergone treatment for the same, but a decision will be made later to see if he is ready to play. If not, Marwin Hitz, his deputy, will step in for him.

Raphael Guerreiro missed the 5-0 victory Duisburg too, and will be assessed before the game. Guerreiro is suffering from a muscular strain and if he doesn’t recover in time, Thorgan Hazard will deputise for him at left wing-back.

Mateu Morey and Nico Schulz who were suffering from a torn muscle and a calf problem respectively, have made it back to individual training. They are likely to take part in team training soon.

Kickoff is at 18:30 PM (Local time) and will be held at the Signal Iduna Park.