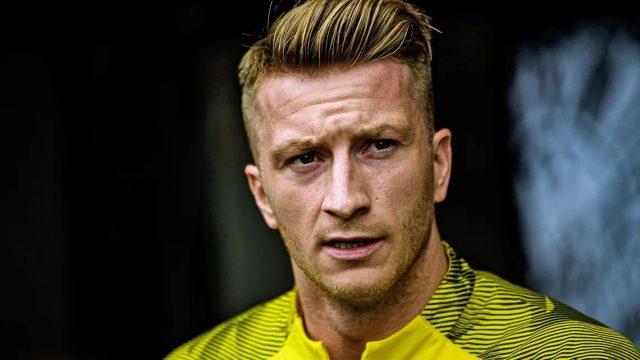 Borussia Dortmund’s captain, Marco Reus, has revealed that his principal aim in his footballing career is to win the Bundesliga with Dortmund. Reus’s career at Dortmund has been plagued with injuries, but he seems to come back stronger every time. The attacking midfielder is back in training, after recovering from a muscular injury.

Reus is one of Dortmund’s most influential players on the field and is a genuine leader. In his 182 appearances in the Bundesliga for Dortmund, he has scored 91 times and assisted 55 goals. In the most recent season, the German was on fire, scoring 11 times and assists 6 goals in his 19 Bundesliga appearances.

Reus joined Dortmund from Borussia Monchengladbach prior to the 2012/13 season. This was just after Borussia Dortmund won their second Bundesliga title in a row under Jurgen Klopp. Since then Dortmund and Reus have failed to win a single league title, coming short by one place on 5 occasions.

The 2-time German footballer of the year recently shared in an interview on how his primary ambition is to win the Bundesliga at Borussia Dortmund. He said, “Obviously my main aim is to win the championship with BVB. If that doesn’t spur me on, what will?”

When asked about what he thought the club was missing, he replied, “Not much – there’s a lot of speculation if it’s because of this, or that, but you basically have to have a perfect season. In the second half of this season, we showed that we’d got that consistency, and I think since Lucien came in we’ve gained that consistency throughout the season. It hasn’t yet been enough to win the big prize, but you can see that we’ve got closer.“