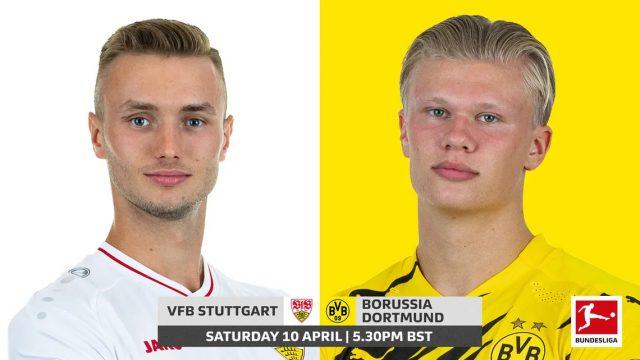 Borussia Dortmund are up for yet another tough fixture in the German Bundesliga over the weekend when they visit VfB Stuttgart.

The eighth-placed team are on an incredible run in the league, losing just one of their last seven games – against league leaders Bayern Munich.

Dortmund on the other hand looks likely to miss out on a place in the UEFA Champions League for next season should their recent performances continue the way they are. They have just one win in their last five games across all competitions.

In the reverse fixture between this pair back in December, Pellegrino Matarazzo’s side beat the Black and Yellow lads with a humiliating 5-1 scoreline at the Signal Iduna Park.

There is no lie Edin Terzic may want to avoid a repeat of such loss but his side will need to be up there to ensure they beat Stuttgart on Saturday.

Dortmund are seven points behind fourth-placed Eintracht Frankfurt and would need to pray the latter drop points if they are to make the top four.

For the home side, Orel Mangala and Nicolas Gonzalez have been ruled out of the game through injuries with an ACL tear also meaning Silas Wamangituka is out for the rest of the season. While Hamal Al Ghaddioui is back in training, Lilian Egloff is said to be some time off a return to the pitch.