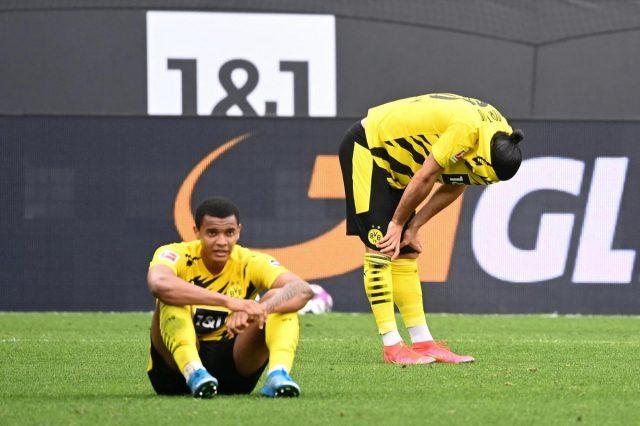 There are just seven games for the 2020/21 German Bundesliga campaign to come to an end, and Borussia Dortmund are struggling to secure a top-four place.

The Black and Yellows currently sit in the fifth position, with a whopping seven points short of Eintracht Frankfurt, who occupy the last UEFA Champions League qualification spot.

Dortmund’s form has been on the low at the wrong time of the season and if they are unable to recover in time, that could a huge loss for them.

The last time Dortmund missed out on Champions League football was during the 2015/16 season when they had finished seventh of the league table that season.

Well, that could be about to happen should they fail to amass all maximum points from the rest of the games they have left to play in the league.

Considering their fixtures left, the real threatening teams that Edin Terzic’s team are yet to face in the second round include; Union Berlin, Wolfsburg and RB Leipzig.

Another alternative aside from qualifying through the league position would be for Dortmund to win this year’s Champions League competition.

That option however will from tomorrow when they travel to the Etihad Stadium to take on Manchester City – a team which seems not to be slowing down anytime soon.

It may be a huge task, but nights like these are what make great clubs what they are for many years to come.

WHAT COULD MISSING OF UCL FOOTBALL MEAN FOR THEM?

At the moment, they are looking to hold on to some of their top players beyond this summer but missing out on Champions League football could force them to put these stars up for transfer.

Erling Braut Haaland and Jadon Sancho have been linked with many top clubs since last summer, with the likes of Barcelona, Chelsea, Manchester United, Manchester City and Real Madrid all showing interest in at least one of the two.

During the early parts of April, Mino Raiola, agent of Halaand as well as the forward’s father were involved in a European tour where they met some of the interested teams willing to poach Haaland.

Though Dortmund have been firm on the ground that they will not consider any offer for the player, a huge offer could tempt them to do business and help them also find replacements to strengthen the team.