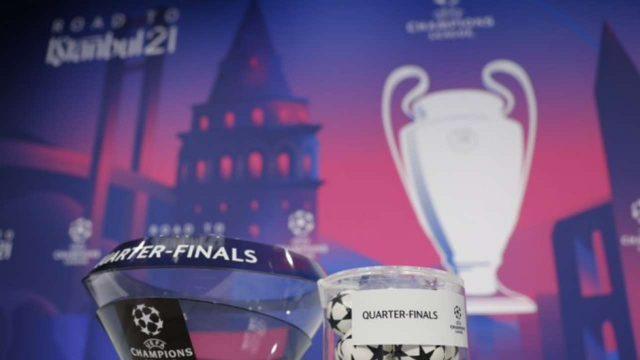 Borussia Dortmund will compete for a place in the final four 2020/21 UEFA Champions League against Manchester City in the quarter-finals stage of the competition.

The Black and Yellow lads discovered their opponents on Friday during the course of the draw.

A battle against City may seem a tough one for the German side who have not been too convincing as compared to the Premier League side.

The Cityzens are currently first on the Premier League table, 14 points more than second-placed Manchester United after 30 games played.

Dortmund last met Manchester City in the Champions League journey during the 2012/13 historic run in which they got to the finals of the tournament – drawing one and winning the other in the group stage game.

Manchester City has conceded just one goal in this season’s competition, coming in the first group stage game against Porto. However, with Dortmund’s attacking prowess, they could stand a good chance against Pep Guardiola’s side.

The games have been scheduled for 6th and 14th April respectively.