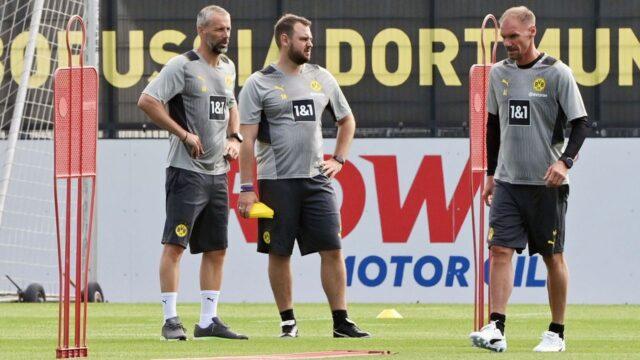 Borussia Dortmund held their first pre-season training on Sunday morning ahead of the start of the 2021/22 campaign.

The training was also Marco Rose’s first training in charge of the club after taking up the role the club’s new manager.

The former Borussia Monchengladbach manager oversaw a training which involved 12 players including Ansgar Knauff and Steffen Tigges, who guided the club’s under-23 side to the Regionalliga West title.

Marco Rose put the players through their paces during the first training session which lasted about 90 minutes per report. The coach also introduced some of his technical members to the squad having already given a speech to them.

Dortmund head coach also held talks with some of the players including Schulz, who has had a difficult period since signing for Dortmund two summers ago.

Rose’s squad will also be boosted by the return of some key players such as Erling Haaland and Giovanni Reyna in the next few days.