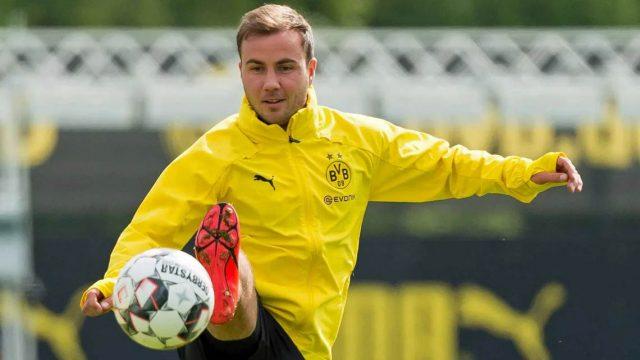 Götze has missed the last few games for Dortmund owing to the birth of his son. He has made multiple visits to the hospital for the same reason. Hence, he does not qualify for the necessary medical requirements as stated by the DFL to take part in team training. The hygiene requirements have been set by the DFL in light of the COVID-19 pandemic.

Götze made his return to Borussia Dortmund back in the 2016/17 season after a couple of frustrating years at Bayern Munich. He failed to make the same impact he made in his first spell at the club though, as he only scored 13 times and assisted 12 goals in 75 appearances in the Bundesliga. This is why he has not been given a contract extension. Further, Lucien Favre clarified that he does not fit into the current system employed at the club.

Götze has received the support of many of his ex-colleagues, including Bastian Schweinsteiger and Jurgen Klopp. The World Cup winner will now look to move to a team where he can get some playing time. Plenty of teams in Europe will be looking to build their team around him, given his incredible technical ability.